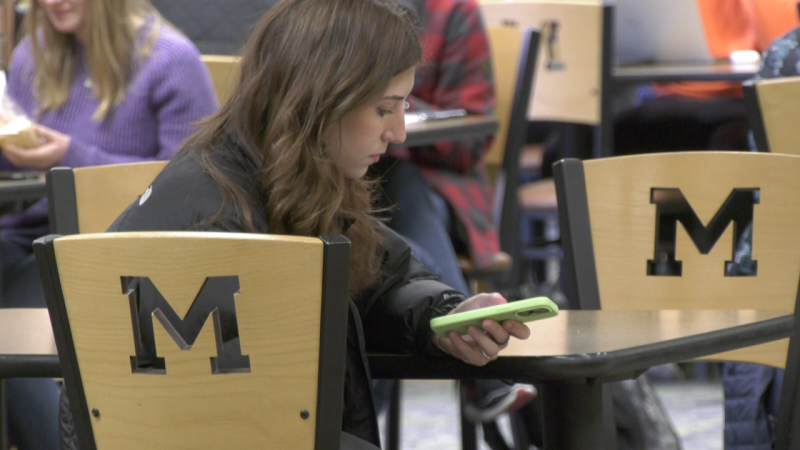 Bozeman, Montana – Tik Tok is one of the most well-known and beloved social networking apps among students. Because of this, MSU students are not very pleased with the announcement of its suspension. “My pastime between classes is walking and scrolling through TikTok,” said Isabella Aversano, a sophomore at MSU. She says she spends quite a bit of time on the app.

“A lot, probably like an hour or two a day,” said Aversano.

But as on January 20, Aversano might find it a little more difficult to go on her daily scroll.

The social media app will be restricted from being used while connected to the university’s Wi-Fi on all Montana University System campuses. Governor Greg Gianforte has issued a directive prohibiting the software on state-owned hardware and networks.

Some security issues are addressed by the prohibition. Since “ByteDance,” the parent company of TikTok, sends information to the Chinese government, Gianforte voiced “severe security concerns” over this.

In a campus-wide email, MSU stated:
• “TikTok may not be installed or used on any university-owned devices like computers, laptops, iPads, or phones.”
• “Campus chief information officers will block access to TikTok on MUS wired and wireless networks.”
• “University-administered Tik Tok accounts must be suspended.”
• “Campuses may provide exceptions to this directive for necessary education or research-related purposes upon request from the campus CIO.”

“I feel like it could be useful for educational purposes, but there should be some censorship while you’re at school,” said Aversano. “It’s not a huge deal though, because it’s only on Montana State’s WI-FI.”

The prohibition, according to Aversano, won’t prevent her from using TikTok on campus.

“Probably not, I don’t use their Wi-Fi anyway,” said Aversano.

After the FAA grounded flights in the United States, airline flight delays continued in Montana