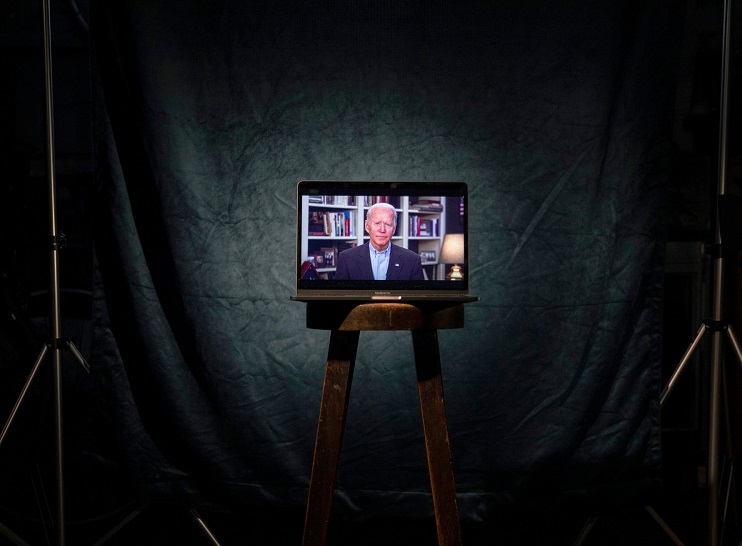 The United States president Joe Biden once again proved what the public was fearing of, his inconsistent presidency and zero credibility to run the country. Since taking the White House office, Biden and his administration did literally nothing in solving the major issues in the country including the migration crisis, inflation, surge in violent crimes and of course, the Covid-19 pandemic.

Biden currently has the lowest ever approval rating recorded. To be more precise, Biden approval ratings of how he is handling the southern border migration crisis, the surge in violent crimes and the inflation have never been good, but it least he was doing well with managing the Covid-19 pandemic crisis, or at least, that’s what people were thinking. With the latest increasing numbers of Covid-19 cases around the country, his Covid-19 pandemic approval rating halved.

But it looks like Biden was everything but concerned for doing nothing since January and he nonchalantly decided to take “well-deserved” break heading to Camp David Friday afternoon from his residence in Wilmington, Delaware, continuing a trip outside the nation’s capital amid spiraling crises. And Afghanistan happens.

Biden is under heavy pressure from every part including the public despite the fact that everyone secretly wanted the two-decades-long Afghanistan operation to finally end, but not this way. Biden is hiding. His “well-deserved” holiday is just hiding curtain from the public. He knew this was coming.

One of the latest to slam Biden is Rep. Jim Banks (R-IN), a member of the Navy Reserve who formerly served in Afghanistan. According to him, President Joe Biden’s public absence amid his failed Afghanistan withdrawal plan has created “serious doubts” about his ability to continue serving as commander in chief.

In an early Monday morning interview with Breitbart News, Banks called Biden’s latest “public appearance” a “pathetic image that will live in infamy.” Yes, he was referring to the Sunday’s White House photo posted on social media of the president sitting at a table alone on a call.

“The lights are on at the White House but nobody’s home,” Banks said. “It leaves serious doubts in the American people’s minds about whether or not this man is capable of being the commander in chief and leading this country for over three more years.”

It was not that long ago when Biden announced that he ordered a removal of U.S. troops from Afghanistan and that Taliban would not take over the country, or at least, not that fast. Well, Biden once again did what he does best, complete failure in plans when it comes to major issues. He said that is “highly unlikely” that the Taliban will take over the country as the Afgh. government “clearly has the capacity to sustain the government in place.” But he failed.

The two-decade-long operating has costed the American tax payers billions and billions of dollars. Additionally, more than 2,200 US troops lost their lives in Afghanistan. And of course that’s more than enough, but this was not the way to it.

The second part, Banks said, “is what we’ve seen unfold over the last 24 hours, and really over the last 30 days, in a hasty retreat that inevitably will leave America less safe and secure because of the failed leadership of President Joe Biden.” What is even more alarming and well-known Democratic behavior, they will now try to blame the former President Donald Trump that his decisions resulted with what we are seeing these days.

“Keep in mind, the Democrats are pushing all of the panic buttons: ‘Blame Trump. It’s Donald Trump’s fault.’ None of that works because none of that can mask the failure of Biden’s hasty pullout and retreat,” Banks explained.

He added that if the president could not provide an explanation for the recent chain of events in Afghanistan and put forth a plan of action, then “he needs to step aside.” Trump — amid a string of statements excoriating Biden for his management of Afghanistan — went as far as calling on Biden to “resign in disgrace.”

As of writing this article, Biden is still hiding for the public. Complete public absence from a US president has never been seen before.