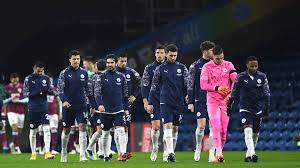 Robby Beasley III had 14 points, including a buzzer-beating 3-pointer at the end of regulation, and Brandon Whitney had six of his 14 points in overtime as Montana defeated Portland State 70-64 in overtime

Robby Beasley III had 14 points, includ ing a buzzer-beating 3-pointer at the end of regulation, and Brandon Whitney had six of his 14 points in overtime as Montana beat Portland State 70-64 on Thursday night.

Whitney made two free throws to cap a stretch where he scored six straight Montana points for a 62-56 lead with 1:31 to play. From there the Grizzlies went 8 for 8 from the foul line.

The Vikings missed a potential clinching bucket with 7.8 seconds in regulation, as well as a difficult tip. Michael Steadman got the rebound, found Whitney, who got the ball ahead to Beasley. Beasley pulled up from a good six feet behind the NBA 3-point line on the right wing and knocked down the tying shot.

Kyle Owens and Stead scored 12 points each for the Grizzlies (8-8, 4-5 Big Sky Conference).

Elements of this story were generated by Automated Insights, http://www.automatedinsights.com/ap, using data from STATS LLC, https://www.stats.com

Missoula Sentinel QB Camden Sirmon decommits from Montana, will walk on at Washington