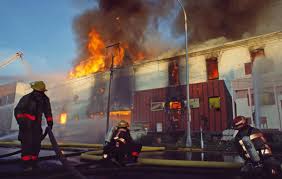 According to the Billings Fire Department, a structure fire was reported at Popeyes Louisiana Kitchen on Southgate Drive at 10:15 am Sunday morning.

The restaurant was occupied at the time of the fire and no injuries were reported.

The automatic fire extinguishing system for the commercial cooking system activated and extinguished the fire. All occupants exited the building without injury.

According to Billings Fire, the cause of the fire was accidental.

The fire damaged the cooking equipment and caused minor smoke damage throughout the building.

It is estimated that the fire caused about $50,000 in damages.