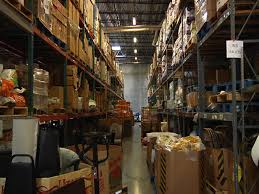 BILLINGS, Mont. – The Billings Food Bank teamed up with the non-profit group, Farm Link to host their fourth, farm to truck food give away Friday.

Traveling across the country, Farm Link has stopped in the Magic City to help connect food banks with farms, to get fresh produce to those in need.

We spoke with the young volunteers about their mission of giving back during a pandemic.

Farm Link started in Los Angeles only four months ago by college student James Kanoff and a few of his friends.

The idea came to Kanoff shortly after the pandemic hit, when restaurants started closing across the country forcing farms supplying them to get rid of their unused food.

“Millions of gallons of milk being dumped out, and at the same time our local food bank, lines were wrapping around the block and you just couldn’t, how is this possible in the United States of America that this is happening and no one’s doing anything about it, we have to do something.”, said Kanoff.

Moved to action by the amount of wasted goods, Kanoff found a way to get this surplus of produce to food banks, who can put it to good use.

“We just started by just driving trucks to farms, picking up what we could and delivering it, now it’s kind of grown into a kind of national movement in 40 states moving about a millions pounds a week,” said Kanoff.

If anyone understands what millions of pounds of fresh produce can do for struggling communities, it’s CEO of Billings Food Bank, Sheryle Shandy.

“A lot of the people we serve financially can’t afford to go buy the things they probably know are the most nutritious and the most healthy, so these kids just take that all away.”, said Shandy.

Only ten days into their travels, the non-profit will continue to South Dakota next, Kanoff says this is only the beginning for Farm Link.

“The reality is there is so much more that needs to be done and the more that we can get this word out there and get more people involved in this movement to try and keep everyone together, the better,” said Kanoff.