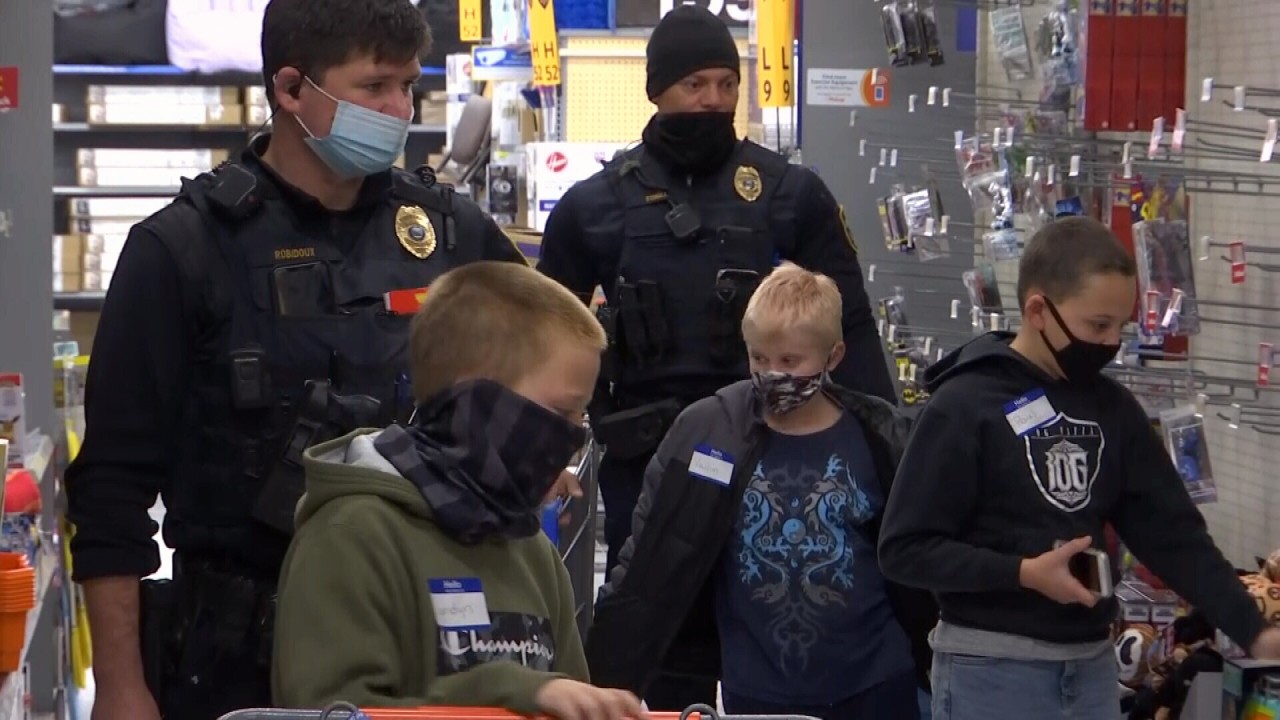 BILLINGS — The first ever Billings shop with a cop event was a success with 31 kids from low-income families taking a $300 each Christmas shopping spree at the Billings West End Walmart Saturday morning, said George Stull, event organizer and Yellowstone County Sheriff’s Deputy.

“We’ve got Santa Clause here, we’ve got photographers, wrappers. We’ve got the cops, the kids and the fun,” said George.

The morning started for the kids at MetraPark, where they were partnered with a police officer who then drove them to Walmart in a squad car with sirens blaring and lights flashing. The officers helped the kids pick out toys and other gifts, filling their shopping carts to the brim.

George helped organize the event with the help of his wife, Kathy, who was darting around the cash registers making sure the transactions went smoothly.

“The kids are just happy. That was our goal and they’re not just buying for themselves, there’s a child over there who bought one thing for themselves and the rest for their siblings,” Kathy said.

Many of the kids packed their carts full with toys. Others opted to buy something small for themselves and spend the majority of the money on gifts for their mom and dad or siblings, like a new cookware set or set of socket wrenches.

“It’s incredible to us. I really expected these children to spend all their money on themselves, toys and clothes and stuff. To see the kids wanting to spend money on their family members, their siblings is amazing,” George said.

Once the kids and cops paid for the gifts, they could stop by the present wrapping station to get help wrapping gifts intended for family members. Teachers with Billings Newman Elementary School volunteered their time and skill to wrap the presents.

To find kids to participate, George went to three Billings schools that historically serve a population with lower income. The principals and counselors at the schools chose which kids got to shop.

The shopping spree money all came from community donations. George and Kathy started work on shop with a cop in February. The idea was sparked after George participated in similar events at his previous position in Arizona.

“COVID-19 slowed us down just a little bit, but it was amazing even through the pandemic, people still continued donating. We set up a Billings shop with a cop Facebook site. People were on that donating. People were going downtown to the Billings Police Department donating. It was amazing,” George said.

People even donated money while the group was dashing around the store and picking out gifts, Kathy added.

“The community has come together, which was what our whole goal was,” Kathy said.

After the success of this year’s event, George said he has a goal to buy 100 kids gifts next year by raising $25,000.

“The more kids, the more money, the better,” George said.

To learn more about the event, visit the Billings Shop with a Cop Facebook page by clicking here.

PRISONERS IN MONTANA ARE GETTING PRIORITY FOR COVID VACCINE