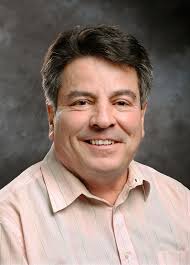 Montana Republican leaders are asking their colleague to step down from his state House seat after he made “inflammatory and deeply disturbing comments” at a party event last weekend. But the Billings lawmaker says he won’t resign.

Representative Rodney Garcia of Billings’ southside said the U.S. Constitution allows for people who identify as socialists to be jailed or shot at the Montana GOP’s winter kickoff on Friday.

On Monday, party leadership wrote Garcia a letter requesting him to immediately submit his resignation.

“His actions do not represent the Republican party or the people of Montana. We just felt it was in the best interest of the state to ask Representative Garcia to resign,” said Montana Speaker of the House Greg Hertz.

Hertz said he and other party leadership spoke with Garcia the day after Garcia said he was worried about socialists entering the government and being “everywhere” in Billings.

“And [we] asked him to disavow and retract those comments but he refused to,” Hertz said. “Thus has resulted in our asking him to resign from the Montana House of Representatives.”

Garcia told the Associated press the “only way I would give my resignation is if God asked me to.”

The letter requesting Garcia’s resignation is signed by House Speaker Hertz, Speaker Pro Tempore Wylie Galt and House Majority Leader Brad Tschida. It was also sent to the Governor and other government leaders.

Hertz says he doesn’t have the authority to remove Garcia from office because the legislature is not in session until next January. He adds Garcia is not sitting on any interim committees.

“About the only option that’s available is for voters in his district to start a recall petition,” he said.

He added he is not encouraging voters to do that.

“That’s up to voters in his district. They’ll have to do that,” Hertz said.

“I instantly pulled out the constitution to see where it says you can shoot socialists and I couldn’t find it, so I’m not exactly sure where he’s interpreting that from,” said Tootie Welker, a leader in the Western Montana chapter of the Democratic Socialists of America.

Welker says this is the first time in her 30 years being active in the party that she’s seen somebody publicly state it’s okay to shoot someone with different political views.

“I think elected officials need to recognize that they have a higher responsibility in how they use their words and that they do matter,” she said.

The Montana GOP Party platform calls for Republican solidarity in opposition to the Democrat socialist agenda as necessary to preserve economic and political freedoms, security and “our way of life.”

Attempts to reach Garcia by phone and email were unsuccessful.