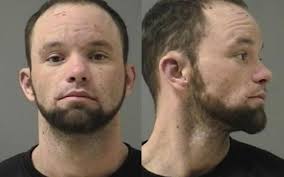 A Billings man indicted in a sex and drug trafficking investigation admitted in federal court Thursday to drug and weapons charges related to a 2019 ecstasy deal gone bad, according to Acting U.S. Attorney Leif Johnson.

Djavon Lamont King, 30, pleaded guilty to conspiracy to possess with intent to distribute cocaine and ecstasy and to possession of and brandishing a firearm in furtherance of a drug trafficking crime.

King initially was indicted on multiple counts stemming from an investigation into sex trafficking, drug trafficking and firearms crimes. He faces a maximum 20 years in prison, a $1 million fine, and three years of supervised release on the drug count, and a mandatory minimum consecutive seven years in prison on the firearms count.

Prosecutors said in court document that in 2019, King, a co-defendant, Mario Drake, and others engaged in a conspiracy to distribute illegal drugs, including cocaine and ecstasy. Drake has pleaded not guilty to charges.

On April 24, 2019, two individuals attempted to distribute some of the ecstasy related to the conspiracy. The transaction, which involved a buyer, was set to occur at a motel in Billings. However, at the meeting a struggle ensued, and the buyer assaulted one of the individuals and left the scene.

Following this incident, the individual informed King and Drake what had occurred at the motel. In response, on April 29, 2019, King, Drake, and others, arranged a meeting with the buyer, during which they assaulted that individual while holding firearms.

Multiple witnesses told law enforcement of this confrontation, including the buyer, who stated that this confrontation related to the sale of illegal narcotics. In the weeks following the April 29, 2019, incident, King and others informed the two individuals who had gone to the drug deal, that they retaliated against the buyer in response to the failed drug transaction at the motel.