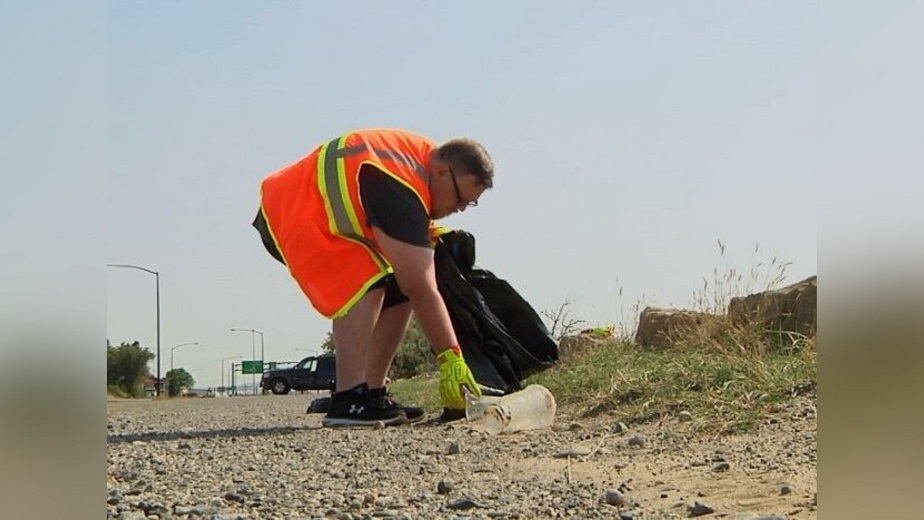 Billings, Montana – Outside of fire season, the Magic City, like many other parts of Montana, is a lovely location to live.

On Wednesday, we spoke with a Billings resident who goes above and beyond to keep our city clean.

“I want to make Billings a better-looking place, and it seems like garbage is just rampant- like it’s everywhere,” says Jacor Bare, a Billings resident.

Jacob, like many citizens, adores Billings, although he claims it has changed since he first arrived in the 4th grade.

“It didn’t seem like there was as much trash back then, but I don’t know.”

Jacob has made it his personal mission to spend his free time cleaning up Billings, one piece of garbage at a time. Jacob’s mission began as a quest for self-improvement.

Jacob was diagnosed with schizoaffective disorder in college. Since then, he claims he has adopted a sedentary lifestyle, spending most of his days at home.

However, while driving home one day, Jacob saw rubbish strewn on the side of the road.

“I was like, ‘that is just awful, like why haven’t I noticed this before?’ and I decided I need to start exercising so why not pick up while walking.”

Jacob has lost 10 pounds in the three weeks he has been cleaning up garbage.

While his physical and mental health is improving by the day, he now hopes that his goal will encourage others to not litter and to participate in it occasionally.

“When you just throw garbage out, out of your car window or whatever, it becomes the environment’s problem with plastics and stuff that doesn’t break down as fast,” said Jacob. “It doesn’t have to be much, ten minutes, but if a bunch of people got together and picked up for ten minutes, that’s a lot of garbage picked up.”

Jacob just wants Billings people to do their part in making the Magic City a better place to live.