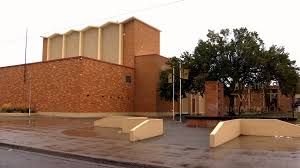 According to a press release from the Billings Police Department today (Wednesday 10/21), the Federal Bureau of Investigation is teaming up with BPD to investigate a shooting that was apparently supposed to happen on Monday.

The FBI received a tip about “interaction and comments in online chat room” that a shooting was going to “take place at West High School on October 26,” according to the press release. The joint FBI / BPD investigation will determine if the threats are credible, as well as finding the source of the online chat room comments.

Threats such as these are taken seriously and result in a rapid response from Law Enforcement to prevent and intervene before an incident if possible. At this time, the information being investigated is not corroborated to present a credible imminent threat. -Lt. Brandon Wooley, Billings Police Department

The Resource Officer at West High is working with the FBI and Billings Police to get more information on the threat, according to the press release. As the investigation continues, more information will be released from school officials and law enforcement.

This story will be updated when further details become available.