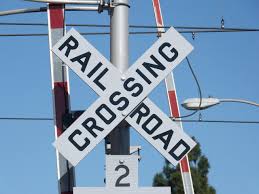 The Billings Police Department received a grant Tuesday up to $50,000 from the Federal Railroad Administration to support reducing railroad trespassing deaths.

The Railroad Trespassing Enforcement Grant was also awarded to cities in six other states that have so-called trespass hot spots. According to the Federal Railroad Administration, these are geographic areas where law enforcement agencies have seen a high amount of railroad trespassing.

“Often times, a lot of the incidents involving these railroad incidents involve our transient population and their camps or shelters,” he said. “Near them or around them, as well as in the downtown area, you know, there’s a crossing from the north side over to the south side of the tracks.”

According to FRA, Montana is one of the top 10 states in the country with the highest number of trespass-related incidents. The state has reported 25 fatalities within the past 10 years. Almost all of these deaths and injuries are preventable, according to the FRA.

Wooley said Billings PD will use the money for targeted enforcement of trespassing, adding the city council still needs to approve the funds before they can be spent.