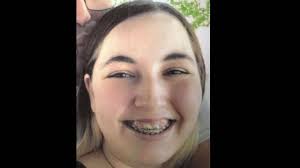 A candle light vigil was held last night at Two Moon Park for a missing 22-year old woman who has been missing for more than two weeks, according to the Billings Police Department.

On October 15, Billings PD put out an alert on their Twitter page asking for information about Amelia R. Brooks, who was reported as “missing/suicidal” in the post.

Billings Police released more information today saying Brooks was last seen on October 13 at a home in the 800 block of Caroline Street, and she was wearing “a tan wool jacket and yoga pants.”

Family and friends of Amelia Rose Brooks have been sharing pictures of her on social media, along with flyers that include the following details about her appearance:

According to the Billings Police press release, the case has been assigned to the Investigations Division, and currently, there are no leads on where Brooks may be.