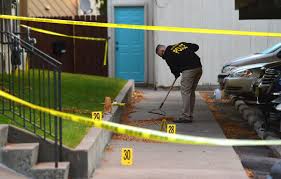 A man died of gunshot wounds he suffered while Billings police officers were trying to take him into custody, police said Tuesday.
Officers responding to a reported disturbance at about 10:20 p.m. Monday encountered three suspects. As officers tried to detain a 29-year-old man from Box Elder a physical altercation occurred. Two officers fired their weapons, hitting the man, the Billings Police Department said in a statement.
He was taken to the hospital, where he died. His name has not been released.
Police have not said if the Box Elder man was armed.
There were no other injuries reported, police said. The shooting is still under investigation.