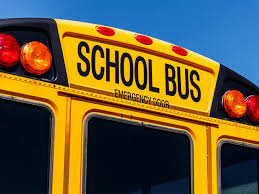 A driver of a Billings school bus was arrested today, and charged with 28 felonies, after reports of “erratic” driving from students aboard the bus.

According to a Billings Police Department press release from Lieutenant Brandon Wooley, a BPD School Resource Officer was notified by staff at Ben Steele Middle School that “multiple students” riding on the First Student school bus had reported “erratic and unsafe driving behavior.”

The report says a Billings Police SRO made contact with the driver of the school bus when it arrived at Ben Steele Middle School, and began a DUI investigation. Following the investigation, 46-year old Keith Jones of Billings, the driver of the bus, was arrested. Jones was charged with “DUI Drugs and twenty eight (28) counts of Felony Criminal Endangerment for each student riding on the bus,” according to the Billings Police press release. No injuries were reported from the incident.

Keith Jones is being held in the Yellowstone County Detention Facility.