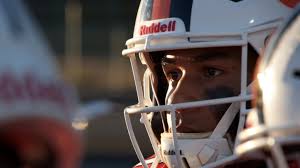 BILLINGS – High school playoff football is in full swing, and for many players, it will be their last chance to take the field before they graduate.

Junior Bergen, quarterback for Senior High, hopes his senior season will end in a state championship.

Bergen has had an outstanding career at Senior, earning All-State honors as both a corner and a receiver two times. This year, Coach Chris Murdock needed a quarterback, and Bergen didn’t miss a beat.

“It would have been easy for Junior to say ‘man, I don’t want to put on this element of being quarterback’,” said Murdock. “But he didn’t do that at all. He just said he wanted to win a state championship. That is his sole focus.”

After a first round bye Senior will host Kalispell Glacier Saturday at 1 p.m.