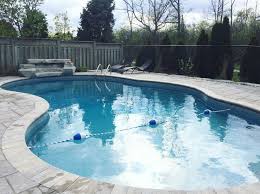 BILLINGS — Swimming pools in Billings can open at 75 percent of capacity starting June 1 after Montana Gov. Steve Bullock shifted the state into phase two of the plan to reopen businesses and services.

Public pools operated by Billings Parks and Recreation are tentatively scheduled to open June 3. Oasis in the Billings Heights is looking to open on June 1, said Chuck Barthuly, operations manager, on Tuesday.

“I’m just really grateful that the governor made the decision to open up to phase two so that we can serve our kids and families,” Barthuly said.

The pool hasn’t been filled yet, but Barthuly said that is scheduled for later in the week. About 20 of Oasis’s 75 total staff were in lifeguard training on Monday

Six feet of social distancing in the pool itself and other facility spaces should be maintained during the pool’s operations, according to guidance from Bullock.

At Oasis, Barthuly said yellow pool noodles will be given to people who would like to stay farther apart. Sanitation procedures have also been increased along and distance markers will be placed where lines may form to help with social distancing.

The facility with a maximum pool depth of three feet caters primarily to children, arguably the hardest demographic to socially distance.

“These are kids, you know? It’s going to be hard for them to completely social distance themselves. Kids are kids. One of the cool things about a pool is that it is literally sanitized water,” Barthuly said.

According to the Centers for Disease Control, COVID-19 is not spread through clean pool water, as long as the water is properly treated with chemicals.

Barthuly said Oasis staff tests the pool water three times per day to look for the proper level of chemicals.

Social distancing among people in Oasis will mostly be left up to patrons, not the lifeguards, Barthuly said. They will be looking for trouble in the water.

“Ultimately it comes down to people’s own response to how comfortable they are for being with friends, being with the community. We don’t know if it’s a friend or it’s a family member. So for us to try to police that, I don’t think that’s something we can do,” Barthuly said.

Barthuly said plenty of hand sanitizer and sanitizing wipes will be available for people to use at their leisure. Also to reduce lines at the concession stand, Barthuly said Oasis is creating an app so people can order ahead of time on their smart phones.

He said about 43 seasonal staff members have been hired by the Billings Parks thus far, with plans to hire about 20 more.

The public pools are not offering a season pass this summer. Thompson said the reason is because things are too uncertain with COVID-19 looming over the summer swim season. The refund process would be difficult if swimmers needed partial refunds due to another mandated shutdown, Thompson said.

Teen struck by pickup in Billings and suffers head injuries

Man sentenced to 100 years in prison for killing Billings woman