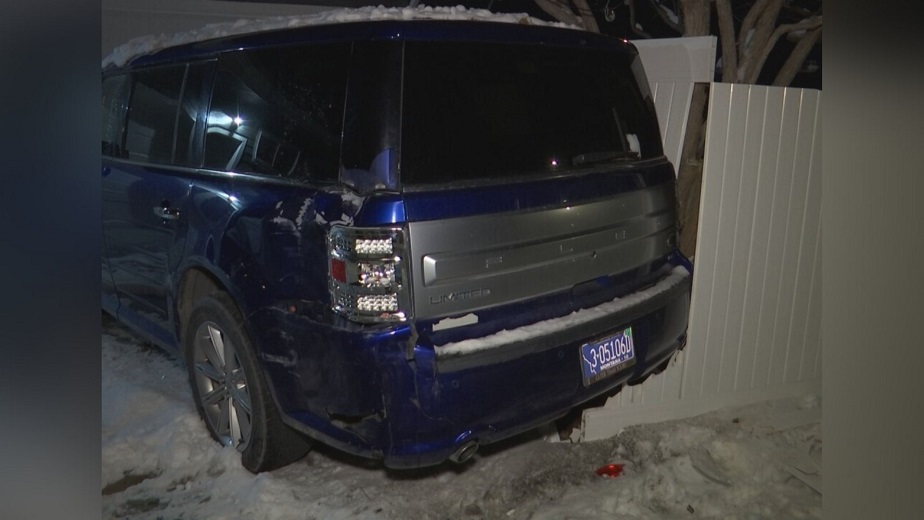 Billings, Montana – After becoming the victims of a hit-and-run accident on a snowy Billings night, a Billings family is looking for answers and collecting the pieces.

When the crash happened at 9 p.m. Monday, Stokes and his wife Cathy were on vacation out of town. The damage was recorded on the home’s security camera, which also captured footage of what seems to be an SUV careening sideways into the Stokes’ driveway.

“We hurried up and ended our vacation short and came home,” the owner of a home on the 4700 block of Stone Street, Steve Stokes said.

Stokes said he had to return home early from his vacation to evaluate the damage.

“Well, the car more than likely will be totaled, would be my guess. I’m going to have three sections of fence and posts replaced. Other than that, that’s all the damage it looks like. We got pretty lucky it didn’t hit the garage,” said Stokes.

The accident has been reported to Billings police, and the family is offering a prize to anybody who can help. By calling 406-657-8460 and referencing case number 21-85903, information can be passed on to the Billings police.