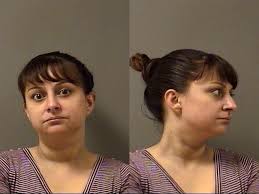 BILLINGS – A Billings woman accused of taking three people to the bus station in Billings for a trip to Georgia to engage in commercial sexual activity pleaded guilty to charges today, U.S. Attorney Kurt Alme said.

Destiny Lachelle Nilsen, also known as “Diamond”, 26, pleaded guilty to transportation of a person with intent to engage in prostitution. Nilsen faces a maximum 10 years in prison, a $250,000 fine and three years of supervised release.

Court records filed by the prosecution said the evidence showed that in August 2019 Nilsen was affiliated with a co-defendant and was aware that the co-defendant was involved in commercial sex in Billings and elsewhere, including other states.

In August 2019, Nilsen drove the co-defendant and two women, identified as Jane Does, to the bus station. The co-defendant and the two Jane Does were going to Georgia to engage in commercial sex. Prostitution is illegal in Georgia. In a subsequent jail call, Nilsen admitted her participation.

Assistant U.S. Attorneys Zeno Baucus and Bryan Dake are prosecuting the case, which was investigated by the FBI.