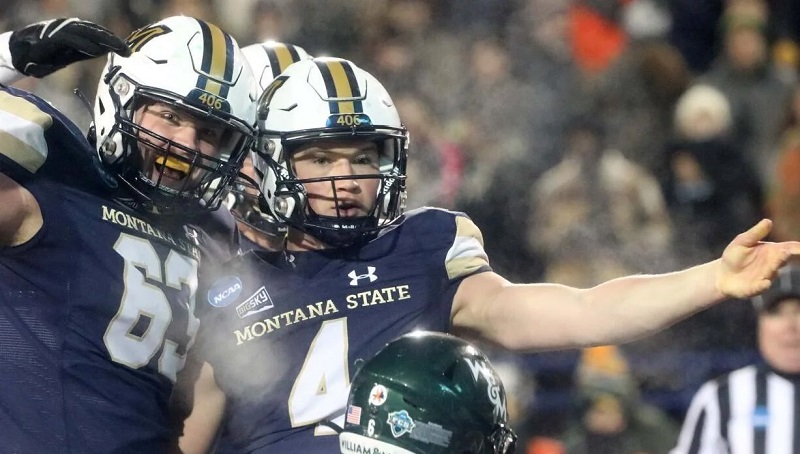 Bozeman, Montana – The Montana State offense has been on fire all season, and Friday night was no exception as the Bobcats dominated William & Mary, 55-7, by rushing for 328 yards.

With the victory, MSU advances to the semifinals for a second consecutive year and continues its 20-game home winning streak, which is the longest active streak in the FCS. In the semifinals, they will play the winner of Holy Cross vs. South Dakota State.

Both teams were trading punts as the game got off to a rather slow start. With 3:40 remaining in the first quarter, the Cats would score first thanks to two strong runs from Isaiah Ifanse that set up a field goal. Tommy Mellott scored a touchdown while rushing on the final play of the first quarter, giving MSU a 10-0 lead.

Ifanse shattered the Bobcats’ all-time rushing record with a 68-yard touchdown at the opening of the second quarter. As Mellott scored his second rushing touchdown to give the Cats a 24-0 lead, Montana State would keep the pressure on. The Cats had 289 more total yards at the half than William and Mary, who had just 64.

MSU opened the second half just as well. To make it 34-0, a huge kick return led up another Ifanse touchdown. Taco Dowler continued the momentum when he returned a punt 79 yards for a touchdown, giving MSU a 55-0 lead. To break the shutout, the Tribe would score a late touchdown.

Before setting out on the ice, seminars assist ice fishermen learn about safety and equipment