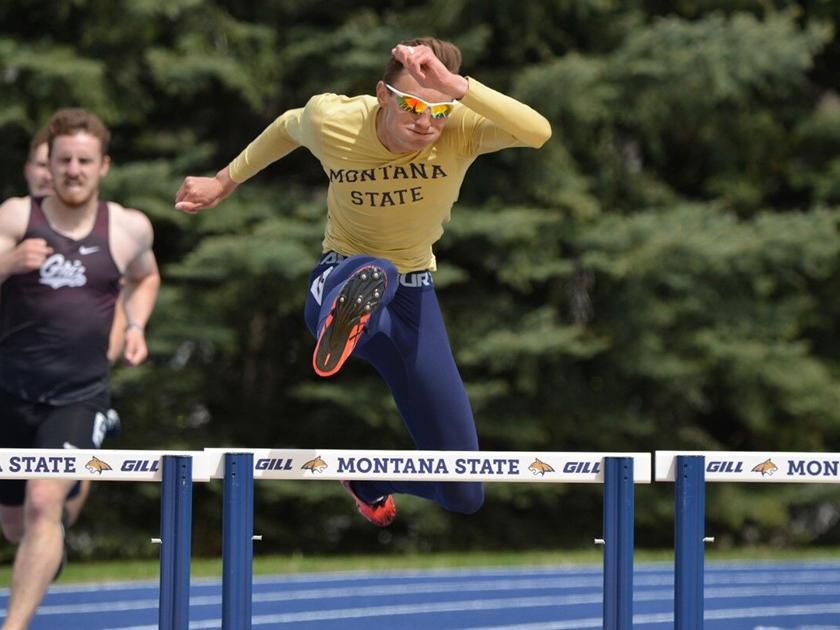 POCATELLO, Idaho – Montana State had a strong day on the oval as the Bobcat track and field program closed out its appearance at the Bengal Invitational on Saturday, April 17, at Davis Field.

First-place finishes by Duncan Hamilton and Drake Schneider stood out for the Bobcats.

Hamilton took first in the men’s 3,000-meter steeplechase with his time of 8 minutes, 54.39 seconds. His lifetime-best mark, which converted approximately 10 seconds due to altitude, moves him into MSU’s all-time top five in the event. Though early in the outdoor season, Hamilton’s time is also the fastest in the NCAA West Region and is among the top 50 ran in the world this year.

Schneider took first in the 400 hurdles with a new personal best of 50.12 seconds. His time, converted to 50.19 due to altitude, is the second fastest ever ran by a men’s Big Sky runner. It also placed him in the top 10 of the West Region rankings and is one of the 25 fastest ran in the world this year.

“Drake and Duncan both had breakthrough meet performances this weekend,” said Lyle Weese, Montana State’s Dale Kennedy Director of Track and Field. “They have really established themselves as contenders at the national level in the 400 hurdles and 3,000-meter steeplechase.”

MSU’s had a variety of highlight efforts during the day by several runners who ran in finals races.

Damien Nelson, Derrick Olsen and Will Anderson all recorded first-place showings for the Bobcat sprinters. Anderson took first in the men’s 400 with a personal-best time of 48.49. Olsen matched his 14.14 time from a day prior to take first again in the 100 hurdles finals Saturday. Nelson clocked a lifetime best 21.64 in the 200 to finish first. Though Nelson placed second in the 100, his time of 10.67 placed him MSU’s all-time top five in the event.

The sprints group had Jared Schwend (400 hurdles) and Alex Hershey (400) register personal-best times of 53.86 and 50.12, respectively, en route to fourth-place showings in their events. Henry Adams, who took fifth in the men’s pole vault, added a fifth-place finish in the 100 hurdles as well. MSu’s 4×400 relay of Schwend, Anderson, Nelson and Schneider took first in a season-best 3:14.38.

The Bobcats’ distance squad had a good showing at the Bengal Invitational. Following Hamilton in the men’s steeplechase, Levi Taylor took fourth with a time of 9:10.47 that converted nears MSU’s all-time top 10 chart. Cooper West took sixth in 9:20.86 and Isaac Schmidt finished 12th in 9:36.05. MSU’s women’s steeplechase was led by strong races by Trisha Carlson, Gillian Maness and Lexi Kyro. The trio took the third, fourth and sixth spots in the event.

Montana State returns to action next Saturday when the Bobcats travel to Missoula to face Montana in the annual Cat-Griz Dual.