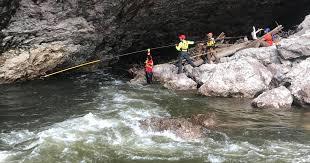 The body of a Billings man who had been missing since last July has been recovered from the Boulder River.

According to the Sweet Grass County Sheriff’s Office, the body of Bradford Meadows was recovered Saturday near 4 Mile Campground south of Big Timber.

The body was initially discovered by a resident in the area.

Meadows, 50, was last seen July 24, 2019. A witness reported seeing him fall into the river shortly after noon. Meadows was fishing at the time and wearing waders, the sheriff’s office said.

Meadows was swept downstream into heavy rapids. A fly rod and backpack belonging to Meadows were located below the rapids later that day.