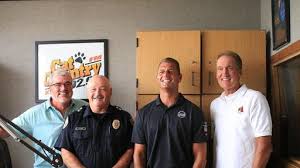 Billings Police Chief Rich St. John says installing body cameras for all officers is something the department has been looking at for many years but funding has always been problematic, and the seed money will only make up a portion of the overall cost.

“In today’s day and age with the national discussion on accountability, there’s nothing wrong with body cameras. We have some; we have them in all of our cars. We don’t oppose that at all,” St. John says.

Chief St. John says they already have a prototype on the road right now to test it out and see how it goes.