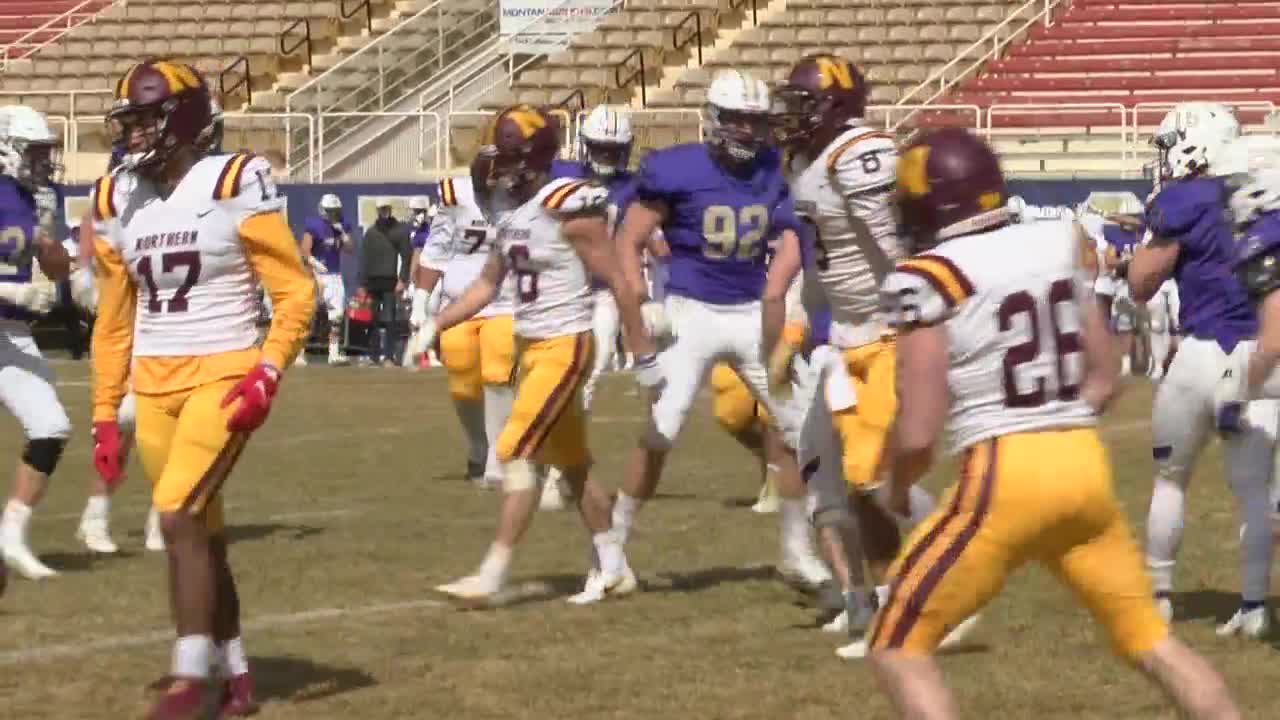 HELENA — For the first time in over 500 days, football was played at Nelson Stadium with the Carroll College Fighting Saints steamrolling the Montana State-Northern Lights 49-7 on Saturday.

The Fighting Saints leaned heavily on Matthew Burgess in the first half as he rushed for two touchdowns and 152 yards on 25 carries in the opening frames. After the first half, Carroll College head coach Troy Purcell filtered in four other backs to get them some reps with Duncan Kraft and Brennen Crawford being the other two back to contribute to the Saints point total.

Carroll also saw some good production from a corps of freshmen and redshirt freshmen including Camron Rothie, Tucker Jones and Liang Liedle. Purcell noted Saturday was a lot of firsts for many of those players and he hopes their success continues going forward.

Rothie hauled in a touchdown near the end of the half to make it 28-0, Jones recorded a sack early in the game and accounted for three tackles, while Liedle snagged a few catches for 24 yards.

“During the fall, our true freshmen and our redshirt freshmen got a real good taste when we had our practice in the fall last year,” said Purcell. “We had a good taste of what they could do and so what an opportunity for them to be able to get out and get in the field, get some game reps, have the game slow down for them. There was a lot of firsts (Saturday). There was first touchdowns, first catches, first tackles. It was exciting. It was fun for those young guys, because that’s the future.”

Despite their attempts, it seemed like nothing could go right for the Lights as Oakley Kopp threw two interceptions and was 6-of-14 passing for only 35 yards. Midway through the game, Lights head coach Andrew Rolin turned to Brenden Medina who finished the game throwing the Lights’ only touchdown of the day to Jake Horner and completing 7 of 11 passes with 95 yards.

Carroll’s Devon Bridgewater threw for 124 yards on 18 attempts with a touchdown through the air and on the ground. Kolby Killoy got a few snaps for the Saints, as well, going 2 for 4 with a touchdown.

Following the win, Carroll now looks to its final game of the spring season when it hosts the College of Idaho on April 10.

The Northern Lights will head home for their final two games of their season, starting with Rocky Mountain College.