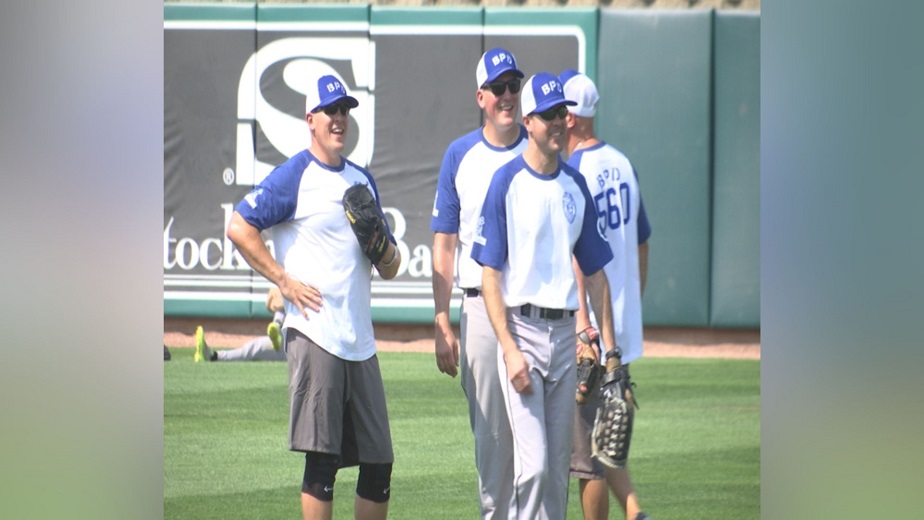 Billings, Montana – A day at the ballpark is fun for everyone, especially when it’s for a good cause.

All proceeds from the softball game between the Billings Fire and Police departments went to the Billings Education Foundation and the Muscular Dystrophy Association.

“In my time with the police department we’ve never had one solid charity that we go to, so the fire department does MDA, that’s the Muscular Dystrophy Association, when they do the fill the boot that’s what we go for. I grew up in Billings and went to school in Billings, kind of deep in my heart for our school district. So were donating halves going to go to MDA and half to the Billings Education Foundation,” said Nate West, a Billings Police Lieutenant.

On the other hand, the Billings Police Department wanted to take Saturday to share a positive story with the community.

“For the police department, our biggest thing is crime prevention. But also building education and that positive relationship. We have a great relationship with fire. A lot of times when people call 911 it’s probably the worst day of their life, and that’s when they get to interact with police and fire so come out to an event like this and interact with police and fire in a positive manner and that we’re not always in uniform showing up to emergencies so come out and have fun,” said West.

The game between these two teams was very competitive despite the fact that it was a charity event.

“A fun competitive softball game between cops and firemen. This is some of the city employees and we are here on our days off and we have been practicing and putting some time in and it’s a great event and goes to a great cause. Just something we like to do. We used to have a football game years and years ago, and a couple of guys said, ‘hey let’s get a softball game going and it will be fun for everyone and we are all competitive so it should be exciting and a fun day,” said Levi Newman, a Billings Fireman.