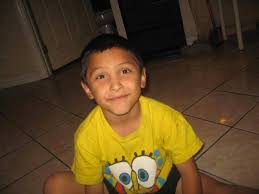 WEST YELLOWSTONE – Three people in Southwestern Montana, including a 14-year-old, are jailed on murder charges in connection to the death of a 12-year-old boy.

Deputies arrested James Sasser Jr., Patricia Batts, and a juvenile male (the 14-year-old uncle of the victim) for the deliberate homicide of 12-year-old James Alex Hurley.

Court documents indicate Sasser Jr. and Batts were Hurley’s grandparents. Hurley had been living with them, two uncles, and an aunt in West Yellowstone for two years.

Detectives were called to the home on Buffalo Drive on February 3, and found Hurley was dead. Court documents say deputies believed the circumstances around his death were suspicious.

Investigators reportedly found cell phone videos and text messages that indicated Hurley’s grandparents and 14-year-old uncle regularly abused Hurley by forcing him to stand and sit and strenuous positions for long periods of time. Additionally, Hurley’s 14-year-old uncle told investigators, “he made a paddle out of wood with a blue-taped handle and would hit the victim multiple times with it, mostly on the buttocks but sometimes other places,” according to court documents.

Detectives observed Hurley’s body had injuries on his buttocks consistent with what could have happened as a result of being hit with a paddle.

Detectives who interviewed Batts, Hurley’s grandmother, said she told them Hurley and the 14-year-old uncle had a “bad fight” on January 27. She called the fight a “blood bath,” and told detectives the boy was hit in the head. The 14-year-old later admitted to kicking Hurley in the head.

She went on to tell investigators that on the night of February 2, Hurley slept on the floor of the living room, and was mumbling and moaning throughout the night. Batts reported finding Hurley’s body the next morning in the living room.

The Montana State Crime Lab determined Hurley died as a result of blunt force trauma to the head.

Gallatin County Sheriff Brian Gootkin said in his 27 years in law enforcement, he’s never seen a case like this.

“It’s personal,” he says. “It’s personal to all of us, I mean it’s the worst type of case that you can deal with and I guess  – you know, you just try and find some justice for Alex and that’s exactly what our job is.”

Counselors are being sent from across the county to West Yellowstone and the school the boy attended. They’ll also be supporting law enforcement members who are a part of the case.

Two of the defendants appeared for the first time in Gallatin County Justice Court on Thursday morning. Batts and Sasser Jr. are charged with deliberate homicide by accountability, which carries a minimum sentence of 10 years and up to 100 years to life.

Sasser Jr. and Batts will appear next in court on March 6.

This story will be updated as additional information is available.

Montana farmer to give away 30,000 lbs of potatoes