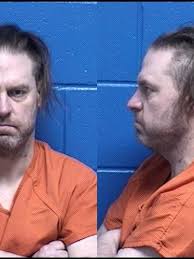 HAMILTON, Mont. — A western Montana man is charged with deliberate homicide for the shooting death of another man in Hamilton last week.

Charges were filed against Jamie Michael Conway in Justice Court in Ravalli County on Monday, the Ravalli Republic reported. He did not enter a plea.

Conway, 43, is charged with killing Peter Vanvallis, 52, on Feb. 26 during a verbal argument, court records said. He is also charged with assault with a weapon after a woman reported Conway pointed a gun at her.

Conway left the scene of the shooting, but made arrangements to surrender to authorities two days later. He also turned over a handgun.

Conway reported the victim had a gun, but investigators said no weapons were found on Vanvallis or in the house.

Gray said Conway is disabled, lives with his mother in Darby and is not a flight risk. She asked for his release on his own recognizance. His bail was set at $500,000.