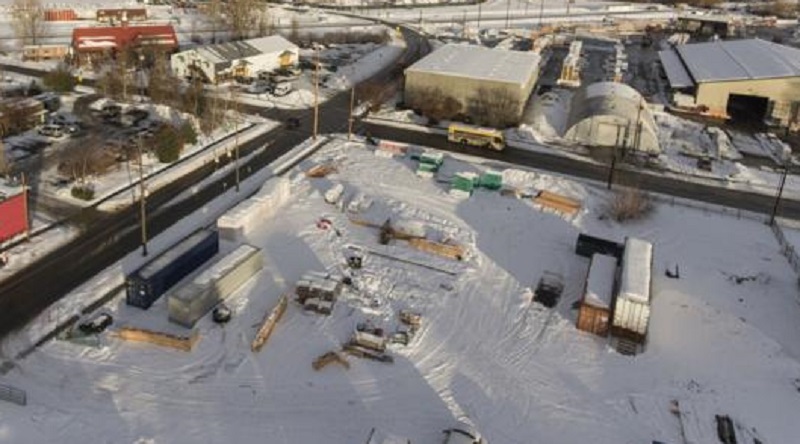 Bozeman, Montana – The owners of a plot of land in northeast Bozeman want to erect condominiums, townhomes, office buildings, and a parking garage for the public.

Beginning on Monday, the proposed site plans for the Wallace Works project on the southwest lot at the junction of North Wallace Avenue and East Tamarack Street will be displayed.

Developer Erik Nelson with Nest Partners stated that they intend to preserve the neighborhood’s “funkiness and grit.” The organization was responsible for Rialto’s renovation and the Main Street Lark Motel.

“We’re doing our level best from a site plan and landscaping perspective to not make it totally polished like it landed here from some other community,” Nelson said. “We know that there is a texture and a vibrancy of that neighborhood that we want to maintain and it would be a tremendous loss if it went away.”

Developers want to construct a few residential buildings, including five “live-work” units, 42 apartments, and 11 rowhomes. According to Nelson, 10% of the 47 rental apartments will be reasonably priced for those making no more than 80% of the region’s median income.

According to Nelson, the townhomes will have two bedrooms and the apartment units would have one bedroom and studios.

Nelson noted that although the term “attainably” priced is somewhat fluid, they are aiming for the remaining apartments to be priced between 90% and 120% of the median income for the neighborhood.

According to Nelson, they want it to be a place where a variety of individuals may live comfortably.

“We think it makes it a more rich neighborhood in that regard, culturally, than just turning the whole neighborhood into some expensive place to live,” Nelson said.

They are also requesting commercial space, which would include a restaurant. Nelson stated that although they are in contact with potential tenants, none have yet been verified.

The project’s potential for public investment to cover some impact fees and off-site infrastructure through the tax increment financing program is another topic of discussion between the developers and the city. Tax money can be redirected into investments in a designated district with the help of TIF funding.

According to Nelson, they are also planning to construct a parking garage on the property, part of which would be leased out to nearby businesses or residences.

According to David Fine of the city’s Economic Development Department, they are currently crunching the calculations for the proposed garage and TIF funds.

According to Nelson, they have informed the Northeast Neighborhood Association of their plans. Amy Kelley Hoitsma, who lives close to the project and attended a meeting about it, stated on Friday that she is worried about how development will affect the neighborhood as a whole. She specifically mentioned the Wild Crumb renovation as well as other proposals and zoning changes for nearby parcels.

Hoitsma said she and other neighbors are worried that all the development could affect the neighborhood’s charm, but she added that she respects the developers’ communication with the community.

She also expressed her encouragement that live-work units are being included in the project. “We really like the idea of people thinking of the northeast neighborhood as sort of the arts district of town … where not only can you go view art but where artists actually live and work, and of course, affordability is going to be really key to that,” Hoitsma said.

Thanks to the Billings Library the unhoused now have a private, accessible “community cabinet”