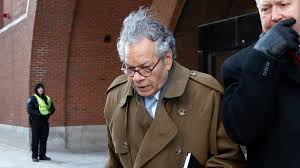 A Billings doctor has been accused in federal court of prescribing a diabetes drug from a pharmacy for more than $45,000 in kickbacks during a previous work for the Indian Health Services in Browning.

The indictment, filed Wednesday, alleges that Devous prescribed Farxiga, a Type 2 diabetes medication that was unavailable at the Indian Health Services Clinic in Browning.

He then entered into a partnership with a Choteau pharmacy in which he, his wife and a third person would receive 80 percent of the profits of Farxiga sales from the pharmacy.

The illicit prescriptions were made from December 2015 to June 2016, federal prosecutors stated.

Devous has had troubles with federal law before. In 2010, he was fired as director of the Crow-Northern Cheyenne Hospital after tribal leaders discovered he had three felony drug convictions in the 1985 for prescribing narcotics for his own use and bad record keeping.

MTN News called a phone number listed for Devous’ Billings practice but was unable to reach him.

Devous is scheduled for a March 26 arraignment in U.S. District Court in Great Falls.

Man given 50 years in prison for decapitating man in Billings