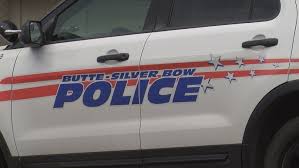 BUTTE — A Butte man was pronounced dead after a domestic incident on Monday.

Butte authorities were dispatched to an injured 49-year-old man at a home located on Trinity Loop in Butte, according to a release from Butte-Silver Bow County Sheriff Ed Lester.

Lester says the man was taken St. James Healthcare, where he was pronounced dead soon after arrival.

Lester says a 23-year-old woman was treated for non-critical injuries.

Montana State Crime Lab will preform an autopsy on the man’s body.

Police say there is no threat to the public, and they are still investigating the incident. They have not released any more information, nor have they released names involved at this time.