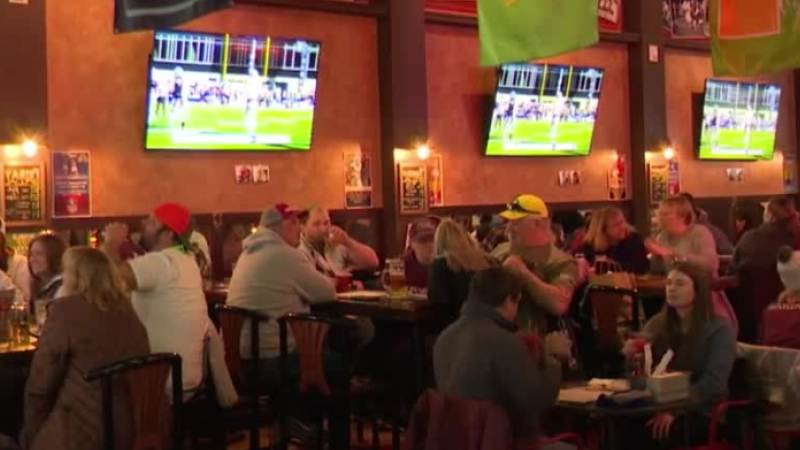 Billings, Montana – Today marked the 121st Brawl of the Wild competition. The largest athletic event of the year in the treasure state brings in a lot of business for the taverns and restaurants in and around the Magic City, even though many people traveled to Bozeman for the match.

One of the longest rivalries in the nation is between Montana and Montana State, and on Saturday, students from both colleges filled restaurants all across Billings to watch the game.

“Generally, we have quite a few people out but today we’re going to be fully packed. We put out an extra row of tables to make room for everyone. So, we’re expecting full capacity for the game today,” said Regan Haman, a bartender at Hooligans said Saturday.

The business was flourishing at Hooligans as kickoff got started, and that full capacity indicated a wonderful day financially for restaurants throughout the area.

“We’re probably going to double our sales today from what we normally do on a Saturday,” added Haman.

Similar to Hooligans, Brawl of the Wild quickly became one of the Red Door’s busiest days of the year as fans flocked there early. The Red Door has been a popular gathering place for Bobcat Alumni to congregate and watch important games for almost ten years.

“This place will be packed. It’ll get to the point where it’s only standing room probably… From this day to a normal day, I would say it bumps our sales up probably about 60%,” said Bobbie Jo Montoya, bar manager at the Red Door said Saturday.

The day also “helps exposure and has consistently made a big difference” for the Red Door for years according to Montoya.

“It’s brought in more clientele every year from what I’ve seen and what I’ve heard from the couple of years I’ve been here. It definitely just brings in people and it gets our name out there. The Red Doors name, so people know that we do these things here. So, they can come here and enjoy the game,” added Montoya.

The “best part” of the day, in Haman’s opinion, is that despite their animosity, Cats and Griz fans can still enjoy the game together.

“It’s great, we get a lot of rivalries, but we get a lot of good banter. Everyone is just joking around with each other, making bets, and having a great time. So, it really does bring both sides together,” Haman added.

After almost ten years, The FanBulance has a new tailgating location.