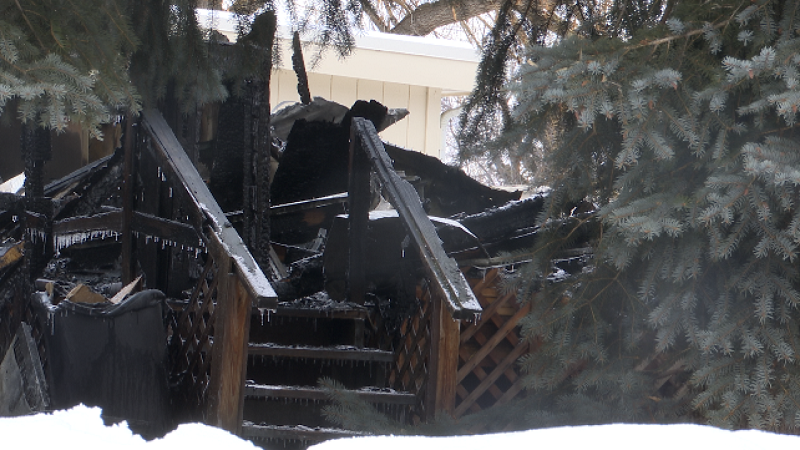 Bozeman, Montana – “It was a complete loss” is how a structure fire was described by hylite fire department assistant chief Chris Dahlhauser.

On Sunday morning, three residents of a mobile home were able to leave the building without incident. The cause of the fire is still a mystery, and the inquiry is ongoing.

Hyalite Fire Department was called to a residential structure fire on 19th and Oak in Bozeman at about 5:45 on Sunday morning. The Bozeman Police Department arrived on the site first, according to Dahlhauser, and were able to provide updates as the crew was traveling to the mobile home.

32 firefighters in total, together with AMR, were on the scene, and after two hours the fire was put out. Firefighters will keep an eye on the house throughout Sunday afternoon and night to make sure the fire is out, according to Dahlhauser.

“The take away piece of this is to remind everybody that they need to make sure they install and have smoke detectors in their house for early detection and early warning so they can get out of the house,” Dahlhauser said.

Dahlhauser also mentions the smoke alarms that were present in the mobile house.

The Gallatin Valley’s several teams, including Bozeman Fire, Central Valley Fire, Fort Ellis Fire, and Gallatin Gateway Fire Department, participated in this effort, according to Dahlhauser. The Gallatin County Sheriff’s Office and the Bozeman Police Department were also on the scene on Sunday morning.

Vigil for a deceased citizen conducted on Saturday in downtown Billings