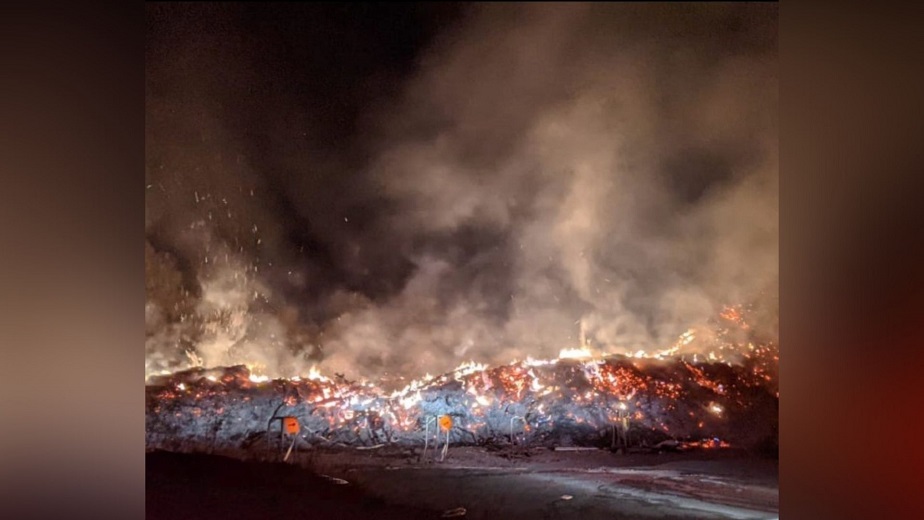 Plains, Montana – A fire broke out in Plains on Wednesday evening, and crews were called in to put it out.

According to the Plains-Paradise Rural Fire District, a yard debris pile at the Plains Refuse Site caught fire and scorched the hill up to Old Hicks Road.

The fire, which was visible from Montana Highway 200 due to smoke and flames, has been put out. But, as crews continue to work on the large pile, smoke may be visible in the next couple of days.

In battling the fire, local crews were assisted by the Montana Department of Natural Resources and Conservation and the US Forest Service.