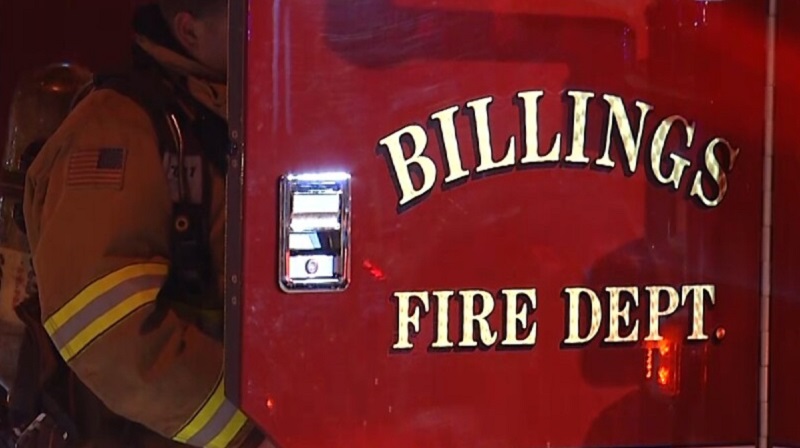 Billings, Montana – A record-breaking 35 house fires have already been put out by Billings firefighters this year, all of which began in the kitchen, which is a common starting point for fires over Thanksgiving.

Over 165,000 cooking fires occur in the US annually, causing 3,200 injuries and 200 fatalities, according to the Consumer Product Safety Commission.

Biggins advises keeping in mind that a fire needs air to spread, so if at all possible, put it out as soon as you can.

“The best option if you can do it quickly and safely is to grab a lid, grab a cookie sheet, and put it on top of that fire to smother that fire. The same thing if you have a turkey fire in the oven, if you turn off the heat and keep it closed that is going to be your safest course of action rather than trying to transport that or open the oven and get more oxygen,” says Biggins.

And if you are frying a turkey, you need to know what you are doing. Over a thousand turkey fryer fires occur nationwide each year.

“If you are going to do that make sure that you do your research and understand what is safe and what is not. Make sure it is on level ground, away from pets and kids and other situations. Make sure that turkey is completely defrosted and make sure you don’t overfill how much oil needs to go in,” Biggins says.

A fire extinguisher is also a good idea, and you should know how to use it for a small fire, but if you have any doubts, leave the area right once.