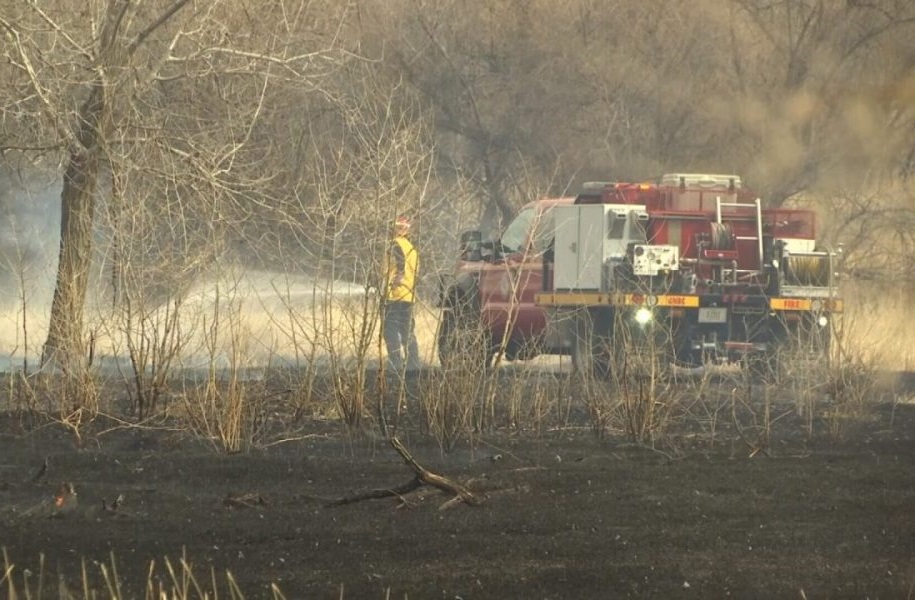 BILLINGS — Billings firefighters knocked down a grass fire that was sparked on private property directly east of the Blue Creek Fishing Access around 2:30 p.m. Sunday, according to Billings Fire Battallion Chief Darrek Mitchell.

It’s unknown what started the fire, but Mitchell estimated the area burned to be about three acres in size. The fire burned mostly grass and a handful of trees on the property that borders the Yellowstone River on the South Side of Billings.

About a half hour after the fire’s start, firefighters had it contained, but not quite out. Mitchell estimated mop up to take a few hours to complete, with some of the burned trees possibly needing to be felled to put out.

Mitchell said the fire call came in as a possible controlled burn, but dispatchers didn’t find a burn permit associated with the address.

Firefighters were originally worried about structures on the east side of the property, but the wind shifted the fire away from the structures, Mitchell said.