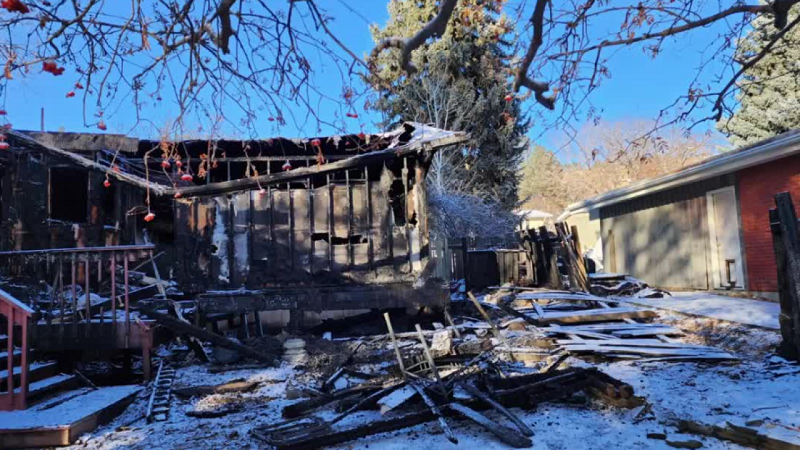 Billings, Montana – After a fire left 13 inhabitants homeless and seeking any assistance the community could offer, the Sober Beginnings sober living house’s remnants are now entirely boarded up.

One local called the scene they saw early on Friday “sheer terror and explosions.” Additionally, it was stated that “a grill came through the kitchen from outside.”

Fortunately, nobody was hurt, but now everyone who lived there is without a place to call home.

“We don’t know what this looks like going forward. Whether we can get a new house or rebuild the one we have. So, that’s a big question because our job is to keep people off the street and help them stay sober and connected,” said Kacy Keith, owner of Sober Beginnings.

But there is already cause for optimism for the group. According to Keith, the Billings community has stepped up “big time.” In order to give the institution time to determine its next move, the residents are presently residing at the SureStay motel in Billings. Additionally, donations are flooding in.

“I’m just totally overwhelmed with gratitude from people that’ve helped. We have a whole room full of clothes. I don’t know where to even start,” added Keith.

That’s not all, either. Before the sun fell on Friday, Keith got a call from New Day Ranch, a sober living house in Billings, that she never expected. regarding a house in Lockwood that is open for sale.

“When we heard this happened, we thought ‘you know what? We have room for 13 men in a very workable house that’s vacant right now.’ We’re paying the utilities already and it’s like how can we let people who are really striving to lead their lives, how do we leave them alone?” said Sheri Boelter, CEO of New Day INC.

Sober Beginnings is now figuring out its future and “thankful for the generous offer.” Thankful to have options.

“We have to really take into account how many people walk places, we’ve had full houses where nobody drove. So, if nobody drives, how do we transfer people to work and meetings and things like that? It’s something we have to consider,” Keith said.

Keith, though, claimed that she senses “another feeling” in place of the terror that so many others experienced during the fire.

“I’m completely full of gratitude from the Billings community because I’ve gotten so many calls and texts. First and foremost, I’m glad everyone is ok,” Keith said.

For those who would like to contribute, Sober Beginnings has a GoFundMe page set up. Men’s clothing, shoes, backpacks, and toiletries can also be donated to Groomingdales, which is located at the intersection of 15th Street West and Central Avenue, or to the SureStay Plus Hotel, which is located at 3040 King Avenue West.

Tommy Mellott and Sean Chambers, a quarterback tandem, lead Montana State over Weber State and into the quarterfinals

Thousands of people attend the Festival of Trees event at MetraPark