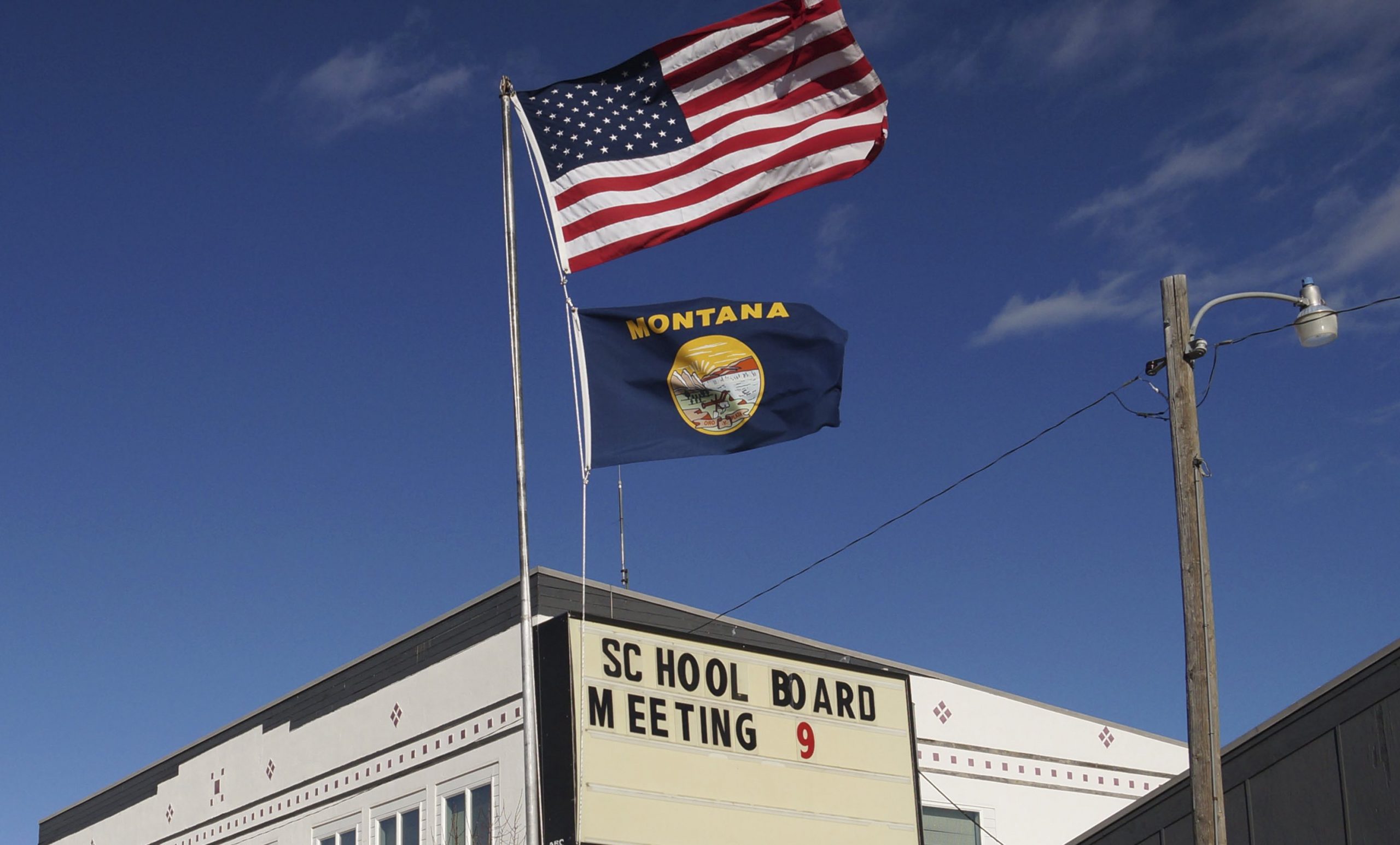 HELENA, Mont. — A proposal to change the Montana state flag to prominently feature firearms failed Friday to pass a vote by the state House, after a Republican lawmaker said such a change would honor the state’s history.

“Who doesn’t want to have a great gun flag?” Republican Rep. Caleb Hinkle asked during a hearing on his proposal.

The proposal came days after 10 people lost their lives in a mass shooting in Colorado that rekindled a national discussion on gun control measures.

Hinkle suggested the change after Democratic Rep. Moffie Funk advanced a bill to study the possibility of designing a new state flag, which could then be put to the voters for approval.

“Maybe we want to just look at our flag and think, ‘does this truly represent our diversity and out magnificence and our integrity?’ ” Funk said, adding that the flag could be simplified.

A veteran of the Montana Army National Guard, Hinkle said Funk’s measure “is nothing more than another attempt to erase our history on par with tearing down national monuments across the nation.”

The current flag of Montana features the state seal — which includes mountains, plains, forests, a river, a plow, a pick and a shovel — against a blue background with the name of the state in yellow lettering.

The new flag could feature several firearms, Hinkle said, including semi-automatic rifles, “such as the AR-15” – a weapon style that has been used in several mass shootings in recent years.

The idea elicited a fiery response from Democratic Rep. Jonathan Windy Boy, a member of the Chippewa Cree tribe.

“When you’re talking about firearms and the history of Native Americans here, we’re always at the end of the firearms,” he said, urging lawmakers to vote against the measure.

Hinkle’s idea failed to gain traction among his Republican colleagues, even in a year they have worked to remove gun restrictions in the state. Twelve representatives voted in favor of the amendment, with 88 opposed.

Funk’s proposal to create a committee to consider changing the state flag also failed in a 37-63 vote.

Vaccines to be offered to those 18-years-old and up