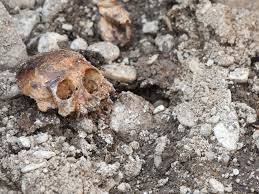 MISSOULA – Police are investigating after human remains were discovered near the sewage treatment plant in Missoula.

According to information from the Missoula Police Department, an employee at the treatment plan found the remains around 10:40 AM on Saturday.

Officers on scene were able to confirm the remains were human, “but no identification was possible,” according to MPD PIO Travis Welsh.

With assistance from the Missoula County Sheriff’s Office, the remains were recovered and sent to the Montana State Crime Lab.

“So we are just trying to determine what happened and most importantly at this point is the identity of the person,” Welsh said

An investigation is ongoing.

Two people killed in crash on I-90 near Livingston

No one inside when Bozeman trailer catches fire