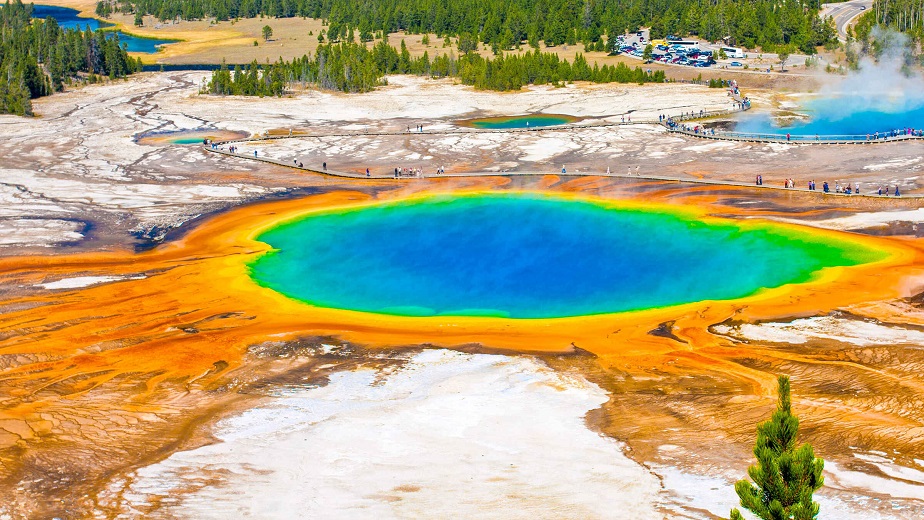 Yellowstone County, Montana – Yellowstone National Park may set a new record this year, if Memorial Day Weekend is any indicator. According to park officials, the number of cars during the four-day period climbed by 50%.

According to the Daily Montanan, park officials published the statistics, comparing them to those in 2019 – skipping 2020 because Montana entrances were closed due to COVID-19. Wyoming entrances remained open during the 2020 period.

No entrance to the park showed a decrease when compared to 2019 numbers. In fact, every entrance on Friday, Saturday, Sunday and Monday showed double-digit increases with some more than doubling, meaning triple-digit percentage increases.

For example, Friday’s East entrance showed a 145 percent increase with 902 vehicles entering. On the same Friday of Memorial Day in 2019, only 368 vehicles entered the same point. The lowest gain at any entrance during the four-day period was the same East Entrance on Sunday, which still saw a 25 percent gain more than 2019 with 1,249 vehicles as compared to 997 in 2019.

Yellowstone National Park has five entrances – one for each direction point of the compass with an additional one at the northeast part of the park.

Summer is Yellowstone’s busiest season of the year, with millions of visitors expected – especially after the pent-up demand for vacationing due to COVID-19 restrictions in 2020. So many visitors are planned for national parks that Glacier National Park in northern Montana has converted to a ticketed-entry system.

Yellowstone County commissioners made a decision for HD 52 seat