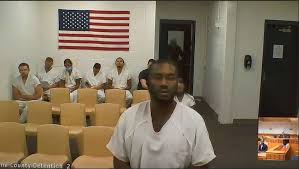 BILLINGS, Mont. – A Billings man accused of shooting and killing 25-year-old Christian Henning says he is not guilty.

Calloway is accused of approaching Henning, who was sitting inside a car at the Dairy Queen off of King Avenue West Saturday, and shooting him.

Henning was declared dead at the scene.

The two men were in the midst of a dispute on Facebook over a matter of $100 involving a single client. Both men were working as music producers in the Billings area.

Calloway, who goes by Rahim Hasim on Facebook, commented during one of the exchanges on Facebook that the two men should meet.

That exchange happened the same day Henning was shot.

Calloway remains in the Yellowstone County Detention Facility. Bond is set at $500,000.