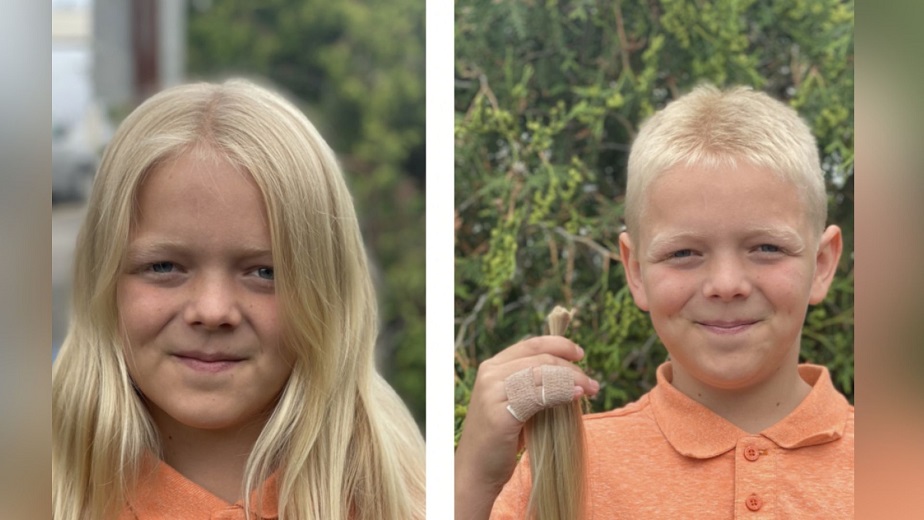 Kalispell, Montana – Following the example of his father’s friend, Conor Rogers, an 11-year-old boy from Kalispell, donated more than 12 inches of his hair to Wigs for Kids.

“I was just like let’s grow my hair and donate it,” says Conor.

Conor says he likes to help children in need of hair for wig.

“Feels good that like someone else that has cancer or a disorder that lost all of their hair, can they actually have hair and my hair, and it makes me feel very good,” Conor said.

Conor has always been a compassionate kid, according to his mom, Meghan Sistok.

“He mentioned that he really likes his hair now and, like, his sister gave him an out and said, ‘Well, you don’t have to cut it,’ and he even today he says, ‘no, I said, I was going to do it and I’m going to do it’,” Sistok said.

In order to provide children who are losing their hair due to illnesses with custom-fitted wigs, Wigs for Kids is working with licensed hair technicians.