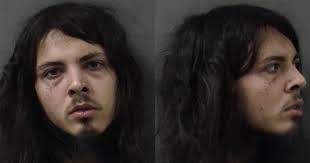 BILLINGS — A man is in custody after police said he killed his mother in a south Billings apartment, according to Billings Police Lt. Dave Cardillo.

Cardillo told MTN News News that a patrol officer found the man on foot in the area of the 100 block of Calhoun Lane, where police found the body of the woman.

Cardillo did not identify the man or the victim.

Police responded to the apartment at 2:18 p.m. and found the woman’s body.

Cardillo did not say how she died.