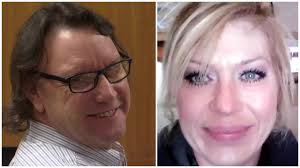 The man convicted of murdering his girlfriend, Laura Johnson, in the fall of 2018 in Billings Heights was sentenced Friday to 100 years in prison.

Gregory Green, 54, was sentenced in Yellowstone County District Court by Judge Jessica Fehr for the crime of deliberate homicide. Fehr did not give parole restrictions.

Green was convicted March 4 by a jury following an eight-day trial.

The case was unusual because prosecutors did not have a body or a murder weapon. They relied primarily on a neighbor’s surveillance video they said showed Green hauling what appeared to be a body into a truck outside the residence he shared with Johnson.

Green’s attorneys called the video evidence circumstantial, but the jury deliberated for only two hours before rendering a guilty verdict.

Johnson, 47, went missing in September 2018 and was eventually declared dead. Family members said she had moved to Billings from Washington state to live with Green.

Green was arrested in Nevada in April 2019. He has been incarcerated in Yellowstone County jail ever since.
Related Topics:
Up Next

One injured in rollover crash in north Billings