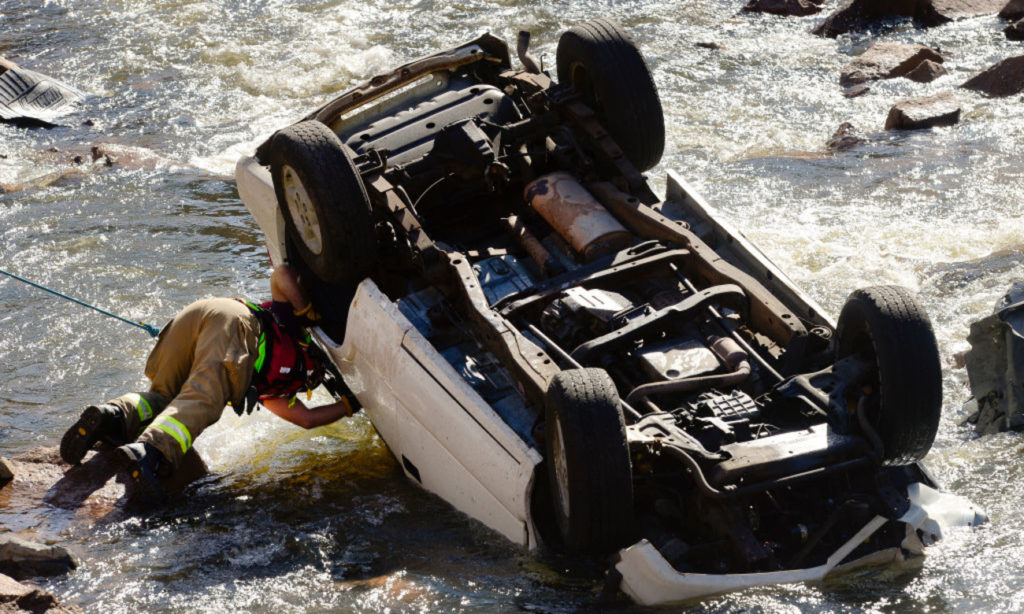 The “heroic efforts” of a trooper from the Montana Highway Patrol saved the life of a woman who was trapped in her car, after it flipped into the Yellowstone River on Thursday (1/14).

According to a post on the Montana Highway Patrol Twitter page, Trooper Connor Wager was responding to a “rollover crash” that was reported south of Emigrant, and upon arrival noticed a vehicle upside down and “completely submerged” in the nearly freezing waters of the Yellowstone River.

The report says Trooper Wager used a rope to tether himself before entering the water, but when he tried opening the rear hatch of the vehicle, the current was moving too fast and kept it from opening. Wager then broke the rear window with a rescue tool, and was able to pull the woman from the vehicle.

With the help of first responders on the shoreline, Trooper Wager and the victim were able to make it safely back to shore where the driver was treated by EMS. -Montana Highway Patrol via Twitter

No further details were given about the identity or condition of the woman involved in the rollover accident, but the post did say Trooper Wager was “treated for minor injuries and released.”