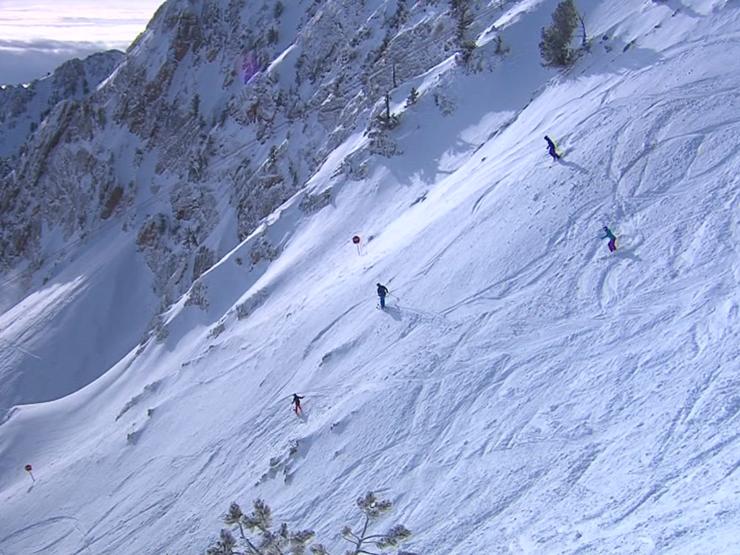 An avalanche swept three skiers down a Montana mountain, seriously injuring one who was evacuated by helicopter.

Six skiers involved were carrying avalanche beacons and rescue gear as they climbed up the slope at an elevation of 9,700 feet (2,957 meters).

The avalanche started about 250 feet (76.2 meters) above the skiers in an area known as The Fin.

The three skiers were swept downhill as the avalanche expanded to 200 feet (61 meters) wide and snow rumbled 700 feet (213 meters) down the mountain.

The skiers had tested the snowpack by digging a 6-foot (1.83-meter) deep pit to examine layers for instability.

The group had two-way radios and contacted a person in Cooke City who notified Park County Search and Rescue.

“It just made my stomach sink seeing this huge avalanche going through some really bad, complicated terrain,” Chabot said in a video made as he investigated the avalanche Saturday. “Thank God no one died.”

Health Officials Work To Get To One Million Daily Vaccines