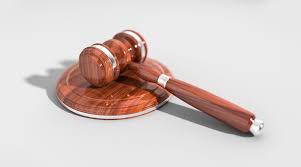 According to a release from ACLU of Montana, “These limitations were intended to suppress turnout on rural reservations, where geographic and socioeconomic barriers to voting make ballot collection even more critical.”

The ACLU of Montana says in the release the lawsuit was filed on behalf Western Native Voice and Montana Native Vote with the concentration of surging voter turnout and “getting out the vote” within Native American communities.

In a state were most of the population votes by mail, according the the ACLU of Montana, tribal communities team up with “get-out-the-vote” organizers to bring ballots over to election offices. This makes voting more accessible for Native Americans living on rural reservations due to distance, lack of transportation resources or other financial obstructions.

In the introduction of the order the court wrote, “the questions presented cannot be viewed through the lens of our own upbringings or own life experiences, but through the lens of the cold, hard data that was presented at trial about the clear limitations Native American communities in Montana face, and how the costs associated with … (“BIPA”) are simply too high and too burdensome to remain the law of the State of Montana.”