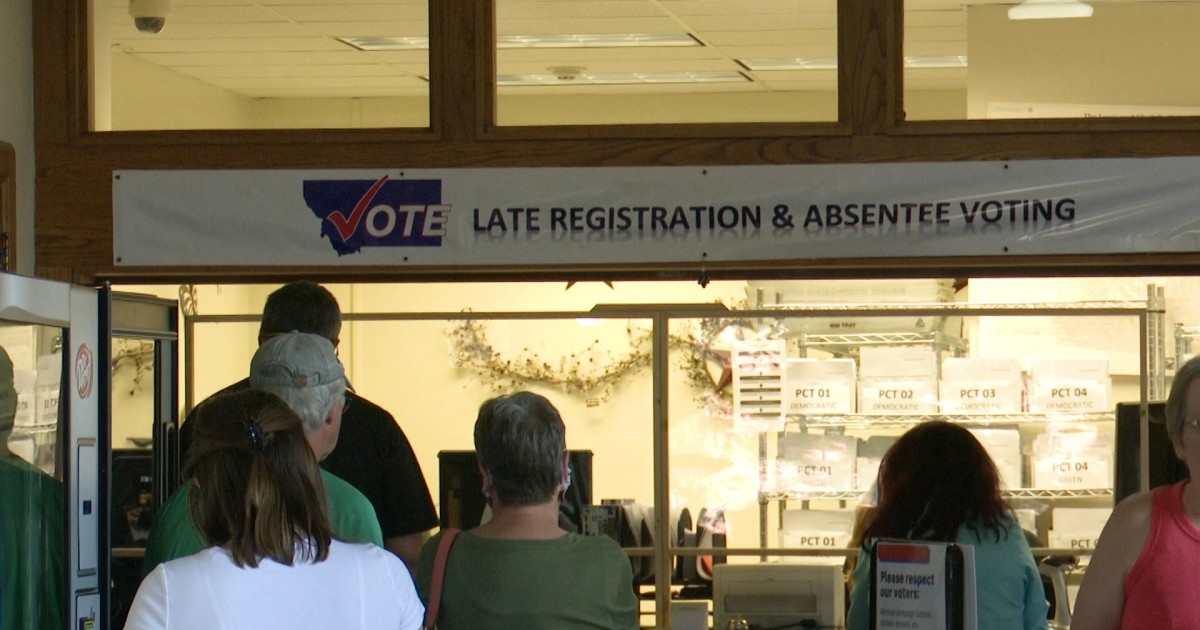 HELENA — The Montana Democratic Party is suing over two bills tightening rules for voters in the state, immediately after Gov. Greg Gianforte signed them into law.

They are asking the court to stop her from enforcing House Bill 176 and Senate Bill 169.

HB 176 would remove the option for Montanans to register to vote on Election Day. Late registration would be closed at noon the day before an election.

SB 169 would more tightly define what type of identification a voter in Montana has to show – specifically requiring additional proof of residency for voters showing student IDs.

They said the state hadn’t provided enough justification for the changes.

“Fair access to the ballot box for all eligible voters – whether they are Republicans, Democrats or independents – is essential to the Montana way of life,” said MDP executive director Sandi Luckey in a statement. “We will continue to hold accountable any leader who attacks our democratic institutions.”

Both bills passed the Legislature with support from most of the majority Republicans. Gianforte signed them into law on Monday, saying they would both “help ensure the continued integrity of Montana’s elections for years to come.”

Rep. Sharon Greef, R-Florence, sponsored HB 176. She said it was intended to help local election officials by allowing them to focus on the casting and counting of ballots on Election Day.

“Voters can still register up until the day before the election,” Greef said in a statement. “This will help us conduct elections more efficiently while reducing long lines and voter frustration at the polls.”

Montana approved same-day registration in 2005. Since then, generally between 1% and 2% of votes in the state have been cast by people registering on Election Day.

The numbers have usually been higher in heavily Native American counties and in Missoula, Cascade and Silver Bow counties.

Sen. Mike Cuffe, R-Eureka, sponsored SB 169. He said the bill was a reasonable way to ensure only Montana residents are voting. He said college IDs generally don’t include a person’s address or an expiration date, so it makes sense to ask for additional proof of residency.

“It contains a reasonable impediment provision specifically to protect the voting rights of indigent and rural citizens, and Montanans who can show sufficient reasons why they don’t have a photo ID,” said Cuffe in a statement. “These types of affidavits have already been endorsed by the federal courts and are being used in numerous other states.”

The Democrats’ complaint argues there’s no evidence Montana’s existing laws were vulnerable to voter fraud. Party leaders said the new limitations were only going to make it harder for people to vote and drive down turnout.

The debate over these bills also spilled over to the United States Senate on Tuesday. Sen. Chuck Schumer, D-New York, the Senate Majority Leader, specifically criticized the Montana Legislature for HB 176 and SB 169 and claimed

“We all know what’s going on here: Younger voters have been shown to be more Democratic, so Montana Republicans have made it harder for them to vote,” Schumer said. “It’s despicable, just despicable.’

Montana’s Republican U.S. Sen. Steve Daines fired back, accusing Schumer of distorting the facts and criticizing a previous lawsuit that overturned a state law limiting who could collect absentee ballots.

“Montanans want election integrity, they want to trust their elections, and yet Leader Schumer continues to undermine their direct appeal to put commonsense practices in place,” said Daines.