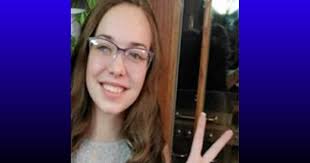 A Missing Endangered Person Advisory has been issued out for Helena for a 24-year old woman, according to the Montana Department of Justice website.

According to the alert, the missing person is Kayla James, a white woman who is 5 feet, 9 inches tall, and weighs 160 lbs. She has blue eyes and brown hair, and according to the report is missing under “suspicious circumstances.”

Kayla was last seen wearing a dark hooded sweatshirt, black leggings, and red side sandals, but her destination is unknown according to the information released from the Montana Department of Justice.

The missing person advisory from the Helena Police says there is a “concern for her safety,” and any information regarding Kayla James should be given to police by calling 406-457-8865, or call 911.
Related Topics:
Up Next

Man Arrested at Sure Stay Hotel for Kidnapping Billings Woman