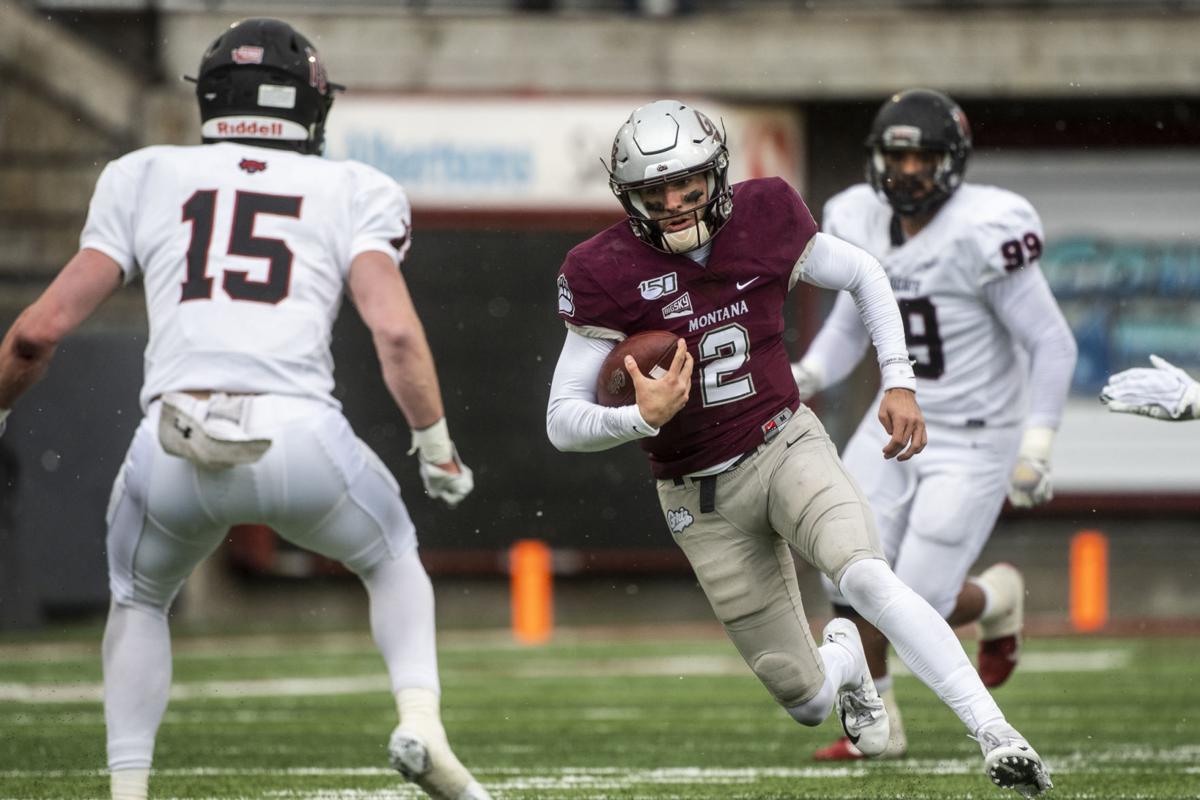 MISSOULA — When Montana was opting out of the Big Sky Conference’s six-game spring football season, the question became what would be an ideal number of non-conference games for UM to try to play this spring.

Was one game enough? How many were too many? It came down to two or three, and the Griz went with two games.

They’ll get to play the second of those games Saturday when they host Big Sky foe Portland State. It’ll be a chance to continue their development toward a fall season in which they hope to be competing for an FCS national championship.

“Another competition will be good for us for a lot of reasons,” Montana coach Bobby Hauck said on Monday, two days after a 59-3 win over Division II Central Washington. “You get better by playing. Learning how to play in a game. Gauging yourself against a conference opponent. All those things will be good for us.”

Portland State will be playing just one game this spring, and both teams seem to have a benefit to their decision. The Griz already have a game under their belts and may have knocked off a good portion of the rust they had from not having played a game since December 2019.

Now they get to focus on correcting and cleaning up those areas while game planning. They get to execute on the field instead of waiting for the fall. As for what those areas are, Hauck said “there’s all kinds of things, that’d be a show in itself.”

“We did a lot of fundamental things well,” he continued. “We tackled well. We covered kicks well. We didn’t have any real administrative errors in terms of operating the game. So, we just need to keep playing better. We got to play faster. We’re always looking to play more physical. But it was pretty good for a first game.”

Portland State does get to see what Montana put on film last week, which is so much more recent than its last game in November 2019. The teams do have some familiarity from past seasons, and that should give the Griz a good handle on what to expect from PSU, which has the same coaching staff from 2019 although its roster has naturally changed a bit.

That wasn’t the case against Central Washington, which had a new defensive coordinator, leading to a slow start and red zone struggles by the Griz, who saw some things X’s and O’s-wise that they didn’t expect. Now, they get to test themselves against a step up in competition and see which players can respond as they continue to fight for starting roles come the fall.

“We’ll learn how we handle some different things,” Hauck said. “Portland State is different than them schematically. So, we’ll have to be different and do some other things on offense, defense, special teams. So, we’ll see who can pick up a game plan and who can’t.”

Portland State coach Bruce Barnum had to decide if playing this spring would help or hurt his team come the fall as the Vikings are looking to do big things with their most experienced roster of the past four seasons. He felt the benefits of the extra practices and game reps outweighed the negatives.

Like Montana, the Vikings are getting in about 20 practices instead of the usual allotment of 15 in spring ball because they’re playing games. They’ve been gearing up for this game after wrapping up their final scrimmage last week, getting a slight jump on preparation because they didn’t have to play Saturday.

“It motivated out kids,” Barnum said of playing a game. “When you’re just going through spring, it didn’t get that muddy this year because they were just excited to be back, but when I announced that we actually had a game, it’s helped us on the field. Kids are locked in and it’s been a great spring because we’re playing a spring game versus Montana instead of each other.”

The game was made possible because of the friendly connection between Hauck and Barnum. It also worked out because the two teams don’t play each other in the conference season this fall, a requirement for Hauck when looking for teams to play.

“We want to play a good, clean game,” he said of his goals this week. “It’ll be a hard-fought deal, and we want to score more points than they do.”

Notes: Portland State will be without one of its top offensive players as Emmanuel Daigbe won’t play because he’s recovering from a groin injury, a Portland State spokesperson told the Missoulian. The 6-foot-1, 210-pound senior from Kent, Washington, was a third-team All-Big Sky wide receiver and a first-team All-Big Sky special teams player in 2019. He was the Vikings’ top receiver that season, collecting 651 yards and seven touchdowns on 40 receptions.

Montana State football expecting to lean on depth at running back