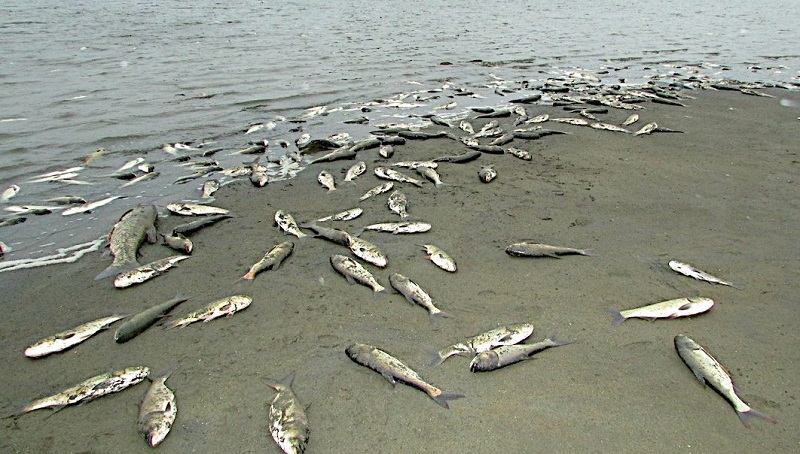 Billings, Montana – Two weeks ago, Mark Jurovich and his wife began observing the Pond One waterway gradually decreasing lower while strolling through the Shiloh Conservation Area.

They first became concerned at that point.

“We started noticing big dead fish laying on the side of the lake. Which was kind of disturbing,” Jurovich said.

“Their water was so low and there was so many fish in such a small area,” he said.

Jurovich claimed that between 50 and 100 carp became trapped in the pond as the water levels continued to plummet.

According to Montana Fish, Wildlife and Parks’ Robbie Seykora, there is a reason for the abundance of carp.

“One of the issues that we had with this particular instance was the flooding that we had to occur this year pushed a lot of those fish further downstream and into areas where they might not typically be,” he said.

Even though it may be upsetting to watch dead fish lying along the coast, Seykora noted that it happens frequently when a lot of fish get stuck in one place.

“I mean, it’s any fish that doesn’t have enough water and oxygen, it’s going to be a common thing to happen,” Seykora said.

Jurovich claimed that he and his wife had observed a family of four attempting to transport fish into deeper water with buckets, but Seykora fiercely opposes that practice.

“As hard as it is to see it, we do want to remind the public that that is illegal,” he said.

Moving a fish can expose other fish populations, like the trout and bass that FWP stocks in the other ponds at the conservation area, to diseases or aquatic invasive species.

Whatever the case may be, Jurovich is worried by what he witnessed and wishes that something might be done to stop it from happening again.

“If there could be a plan to keep water in the lake or keep the lakes full so this doesn’t happen again that’d be good,” Jurovich said.

FFA participants swarm to Bozeman for the annual Ag Expo