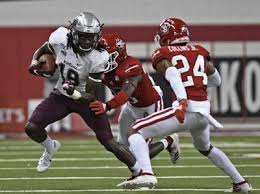 “It is always great when we can add a Missouri Valley Football Conference team to the schedule,” Haslam said in a news release. “Plus, we are excited to welcome another FCS team making their first trip to Missoula.”

Indiana State has gone 12-22 in three years under head coach Curt Mallory, finishing seventh in the 10-team MVFC last year, third in 2018 and with a 0-11 record in 2017. The Sycamores last made the playoffs in 2014, losing in the second round.

Montana has seven games scheduled against MVFC teams through 2027 and will add an eighth when it reschedules its first game of a home-and-home series with Missouri State, which was canceled when the Big Sky Conference moved football to the spring semester amid the pandemic.

The addition of ISU gives UM two non-conference games in 2022 and three in 2025.